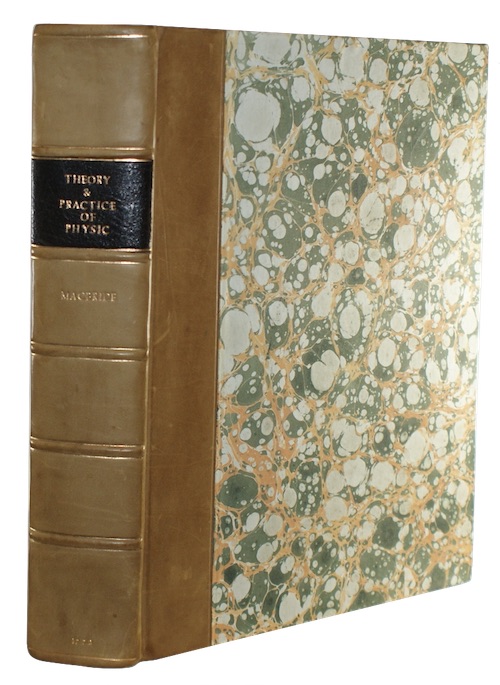 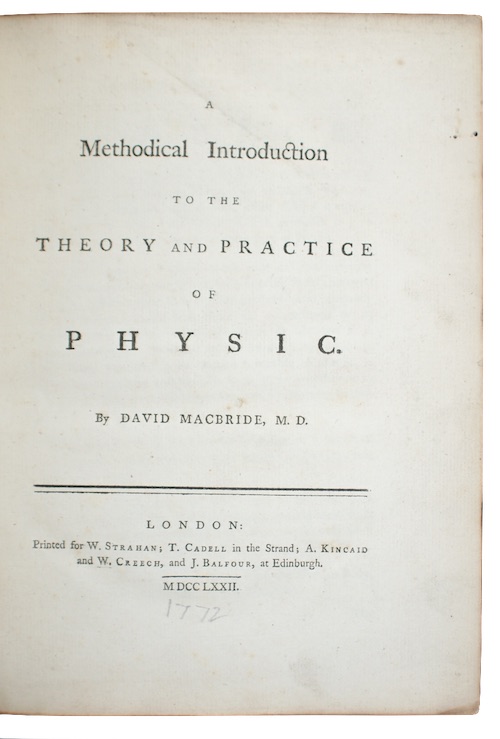 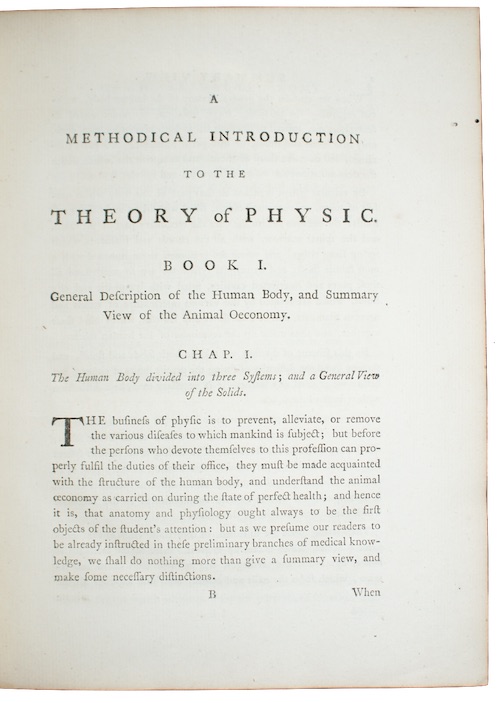 MACBRIDE, David. A Methodical Introduction to the theory and practice of physic.

London. Printed for W. Strahan et al., 1772. First edition.
Call us Email us
Quarto. [4], iii, [13], 660pp. With half-title. Recent calf-backed marbled boards, contrasting black morocco lettering-piece, gilt. Very minor wear to extremities. Small marginal worm-trail throughout a majority of the text-block - in no instance touching text, occasional browning and spotting.
The first edition of Irish chemist and physician David Macbride's (1726-1778) introduction to the diagnosis and treatment of disease. Having established a successful practice as a surgeon and accoucheur in 1752, before attaining a doctorate from the University of Glasgow in 1764, Macbride began, in 1766, to present a series of medical lectures from his home, it was from these that he developed the present work. A Methodical Introduction to the Theory and Practice of Physic would be translated into Latin in 1774 and then reissued in an expanded Dublin edition in 1776.
ESTC T56402.
£ 275.00 Antiquates Ref: 12394
This site uses cookies.Find out more.