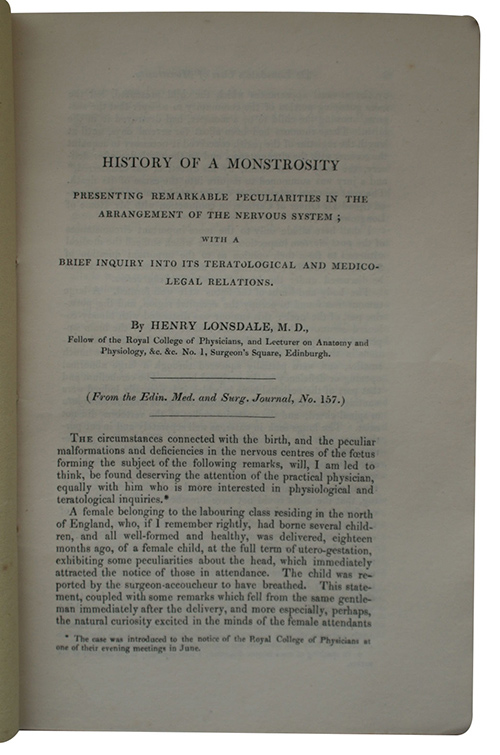 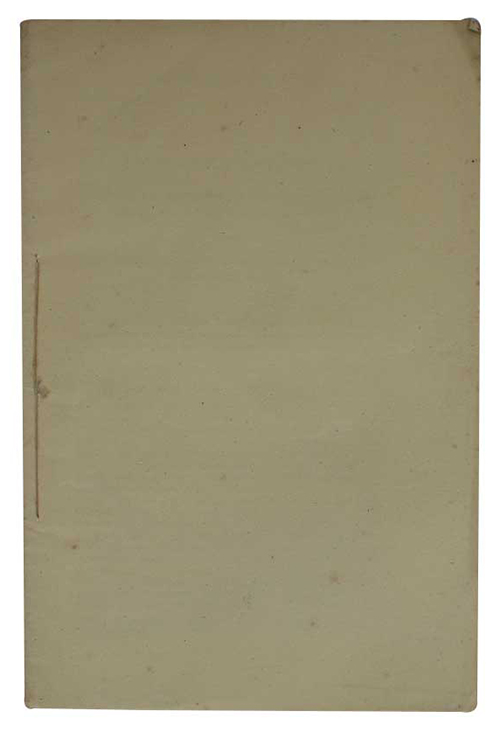 LONSDALE, Henry. History of a monstrosity presenting remarkable peculiarities in the arrangement of the nervous system; with a brief inquiry into its teratological and medicolegal relations. (From the Edin. Med. and Surg. Journal, No. 157.).

Edinburgh. Printed by Stark & Company, [c.1844].
Call us Email us
8vo. 17pp, [1]. With one engraved plate. Contemporary (original?) plain tan paper wraps. Slight dust-soiling and wear to extremities. Internally clean and crisp.
An inquiry into the formation of the human nervous system via the post mortem of a premature foetus said to be a ‘monstrosity’ due to arrested anatomical development.

Henry Lonsdale (1816-76), physician to the Cumberland Infirmary, and a political radical, being a friend of Garabaldi, Kossuth and Mazzini.
£ 175.00 Antiquates Ref: 13282
This site uses cookies.Find out more.