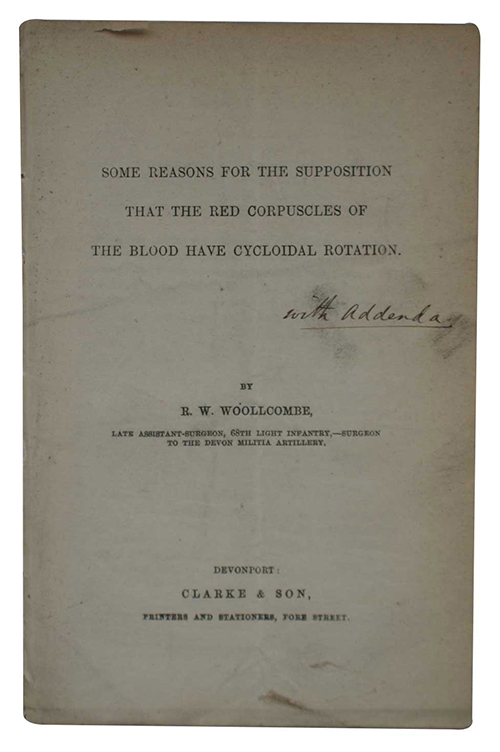 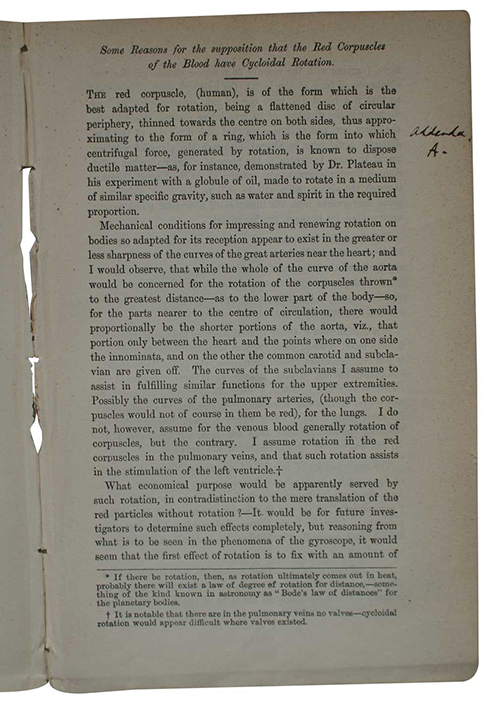 WOOLLCOMBE, R. W.. Some reasons for the supposition that the red corpuscles of the blood have cycloidal rotation.

Devonport. Clarke & Son, [1876]. First edition.
Call us Email us
8vo. 7pp. Disbound. Light spots of dust-soiling, creasing to leaves, ink annotations to title and occasionally to margins.
A concise treatise regarding the structure, and subsequent rotation, of the red cells within human blood. Woollcombe views said corpuscles as behaving somewhat as disc-like projectiles, a supposition that appears to have been influenced by his former career as a surgeon to the Devon Militia Artillery.
£ 75.00 Antiquates Ref: 13407
This site uses cookies.Find out more.