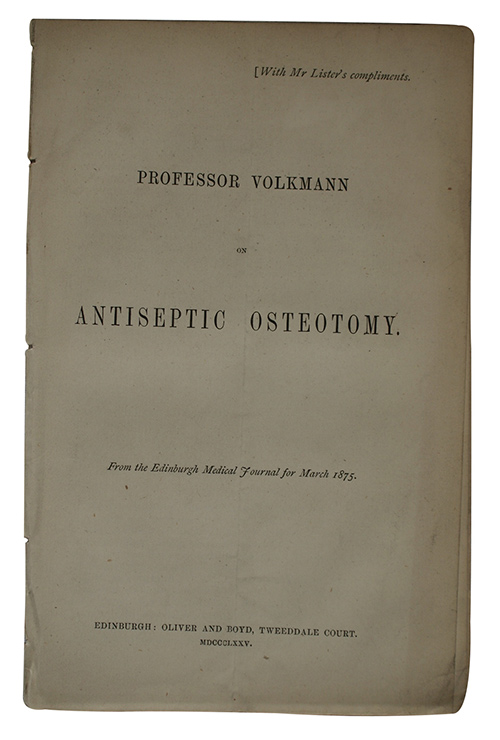 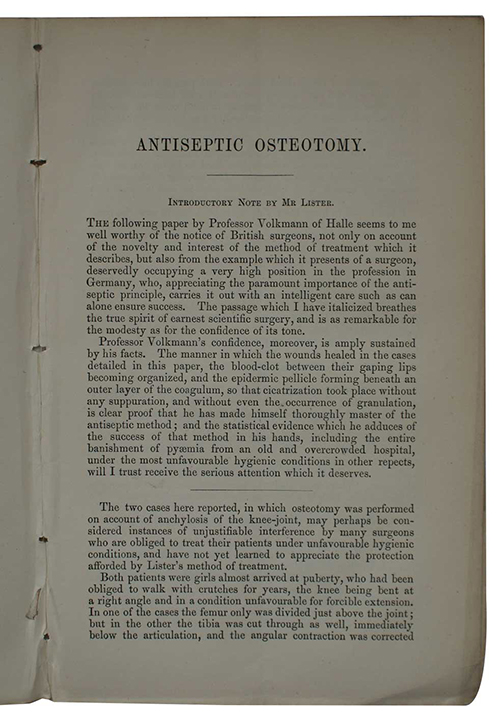 Edinburgh. Oliver and Boyd, 1875. First offprint edition.
Call us Email us
8vo. 8pp. Disbound. Light dust-soiling in places, central crease to all leaves, ink annotation to text of p.8.
A medical paper concerning the application of the 'antiseptic method' during two operations conducted by German surgeon Richard von Volkmann (1830-1889). The work is prefaced by Joseph Lister (1827-1912), a pioneer of antiseptic surgery of whom Volkmann was an early supporter. The method, though revolutionary, consisted of nothing more than sterilising surgical equipment prior to use and cleansing wounds following procedures.
£ 75.00 Antiquates Ref: 13408
This site uses cookies.Find out more.