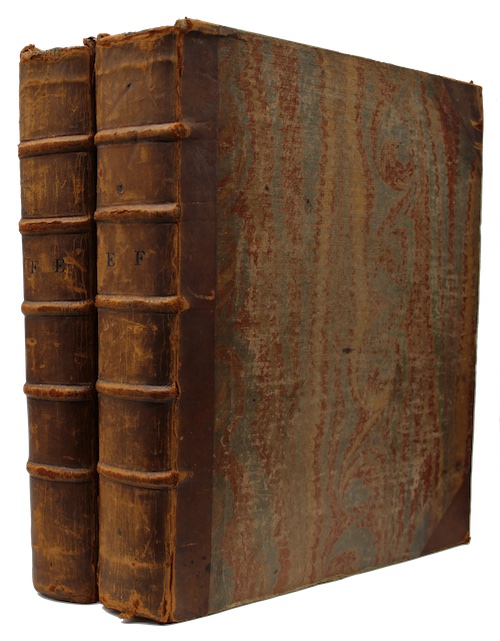 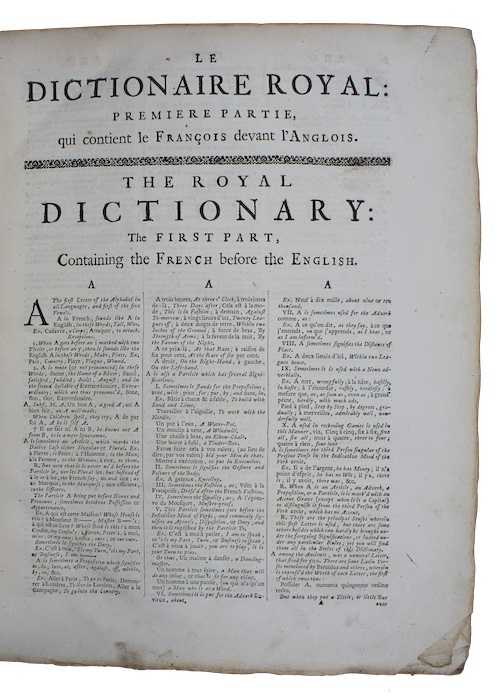 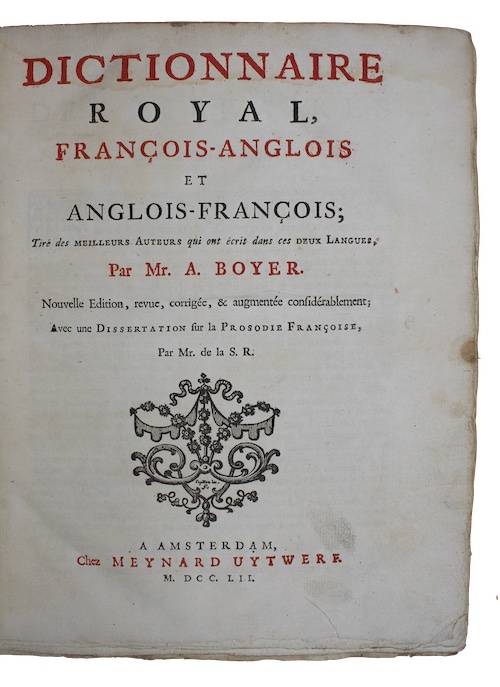 Amsterdam. Chez Meynard Uytwerf, 1752. Nouvelle edition [i.e. new edition].
Call us Email us
Quarto. In two volumes. 19, [1], 518pp, [2]; [8], 619pp, [5]. Title pages in red and black. The English-French dictionary has an English title page: 'The royal dictionary, English and French: and French and English...' Contemporary half-calf, marbled boards. Extremities worn, joints split. Armorial bookplates of successive members of the Oates family to front endpapers and fly-leaves of both volumes, occasional ink-spotting and pen-trials.
A rare Continental edition of lexicographer, journalist and miscellaneous writer Abel Boyer's (c.1667-1729) highly influential dictionary. Boyer claimed his Dictionnaire Royal had the merit of containing a more complete English dictionary than any previous one, the English words and idioms in it being defined and explained as well as accompanied by their French equivalents. Certainly, the work is far superior to every previous one of like kind, and has been the basis of very many subsequent French-English dictionaries.