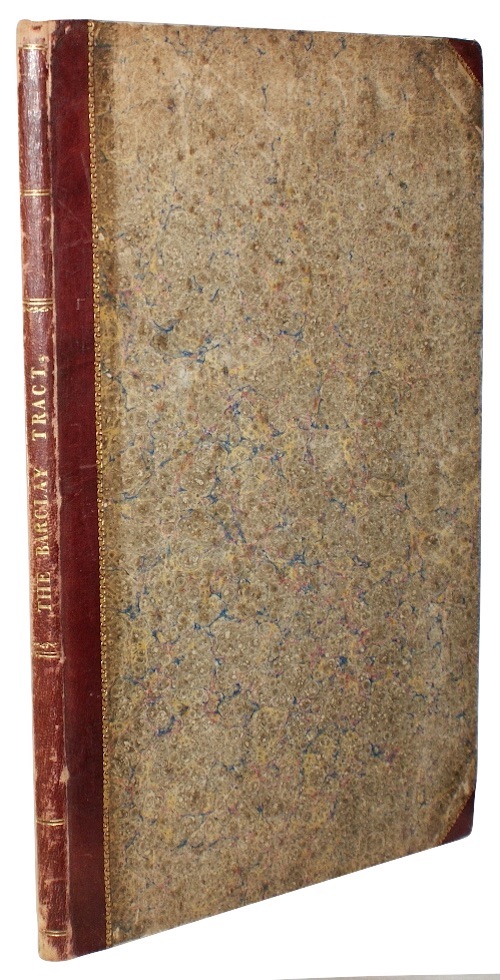 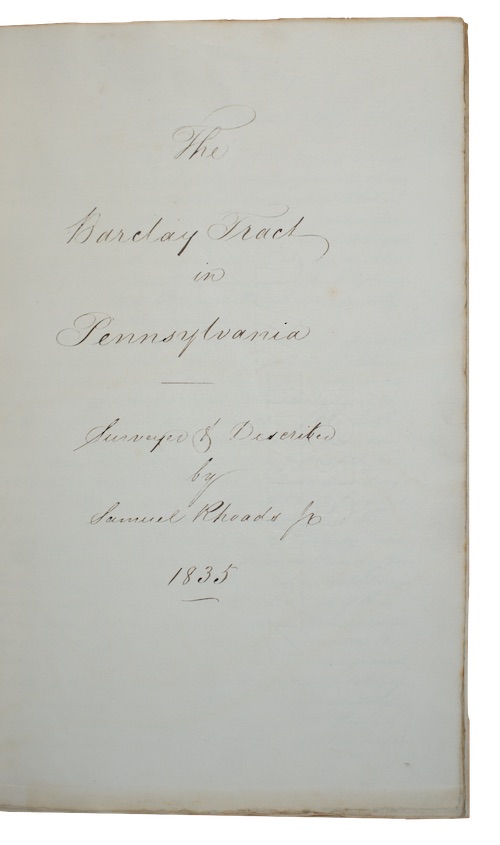 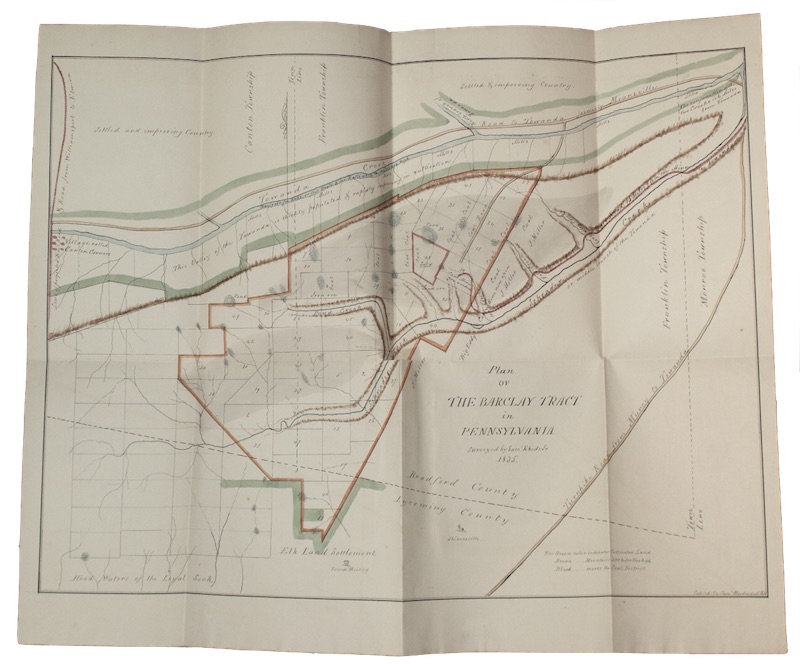 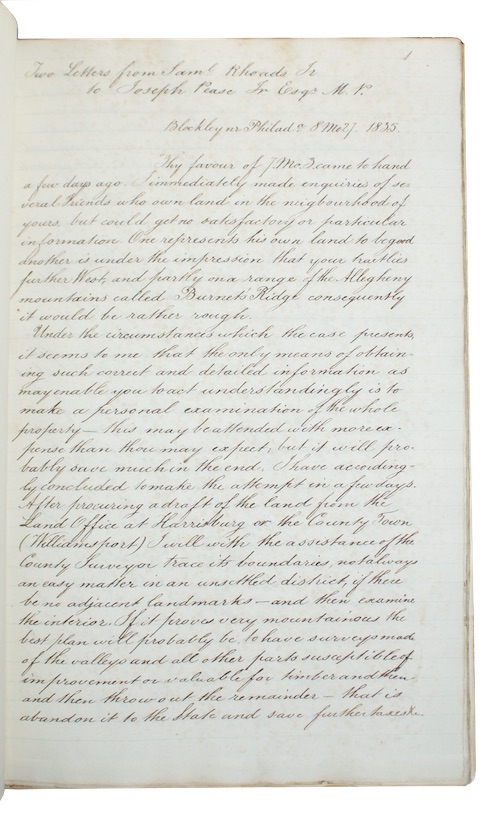 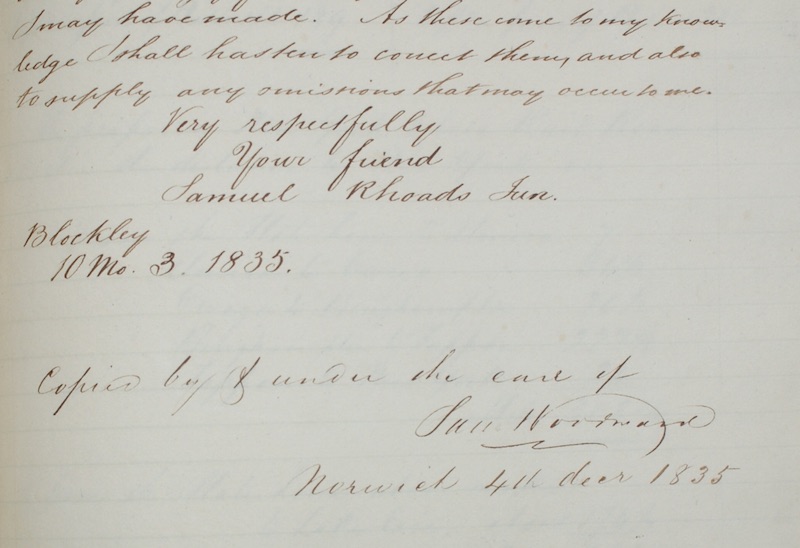 [s.i.]. [s.n.], [1835].
Call us Email us
Folio. Manuscript on paper. [2], 25pp, [2], with eight further blank leaves. With a hand-illustrated and coloured folding plan of the Barclay Tract. Contemporary red half-morocco, marbled boards, gilt. Extremities rubbed. Later armorial bookplate of Henry Birkbeck to FEP, short tear to centre fold of map, very occasional light spotting.
A manuscript account of the environs of the Barclay Tract, a coal mining operation within the township of Franklin, Bradford County, Pennsylvania. Undertaken by Quaker Samuel Rhoads Jr., this survey is comprised of three letters descriptive of the topography of the area embellished with a hand-illustrated plan depicting those land parcels that have been cultivated, and those devoted to mining activity. Rhoads, writing from Blockley, Philadelphia, addresses railroad pioneer and fellow Quaker Joseph Pease (1799-1872) who seemingly commissioned Rhoads to conduct the review in order to ascertain whether the land was suitable for connection to the existing rail network. An extract from a Railroad report read in the House of Commons 20th March 1835 provides distances of the nearby Williamsport & Elmira Railway, and the details of a proposed line between New York and Lake Erie.

The letters were copied by, and under the care of, published East-Anglian historian and geologist Samuel Woodward (1790-1838). Based in Norwich, Woodward supported himself by working as clerk at Gurney's (later Barclays) Bank. Another copy of these letters in held by Pennsylvania State University as a part of their collection of family papers and printed works of the family of Scottish Quaker Robert Barclay of Ury.

This copy was once in the possession of Henry Birkbeck, a close relative of the Gurney family, prominent Quakers whose members include writer Joseph John Gurney (1788-1847) and noted penal reformer and philanthropist Elizabeth Fry (1780-1845).The aforementioned Joseph Pease would marry Emma, daughter of Joseph Gurney of Norwich.
£ 1,500.00 Antiquates Ref: 16126
This site uses cookies.Find out more.