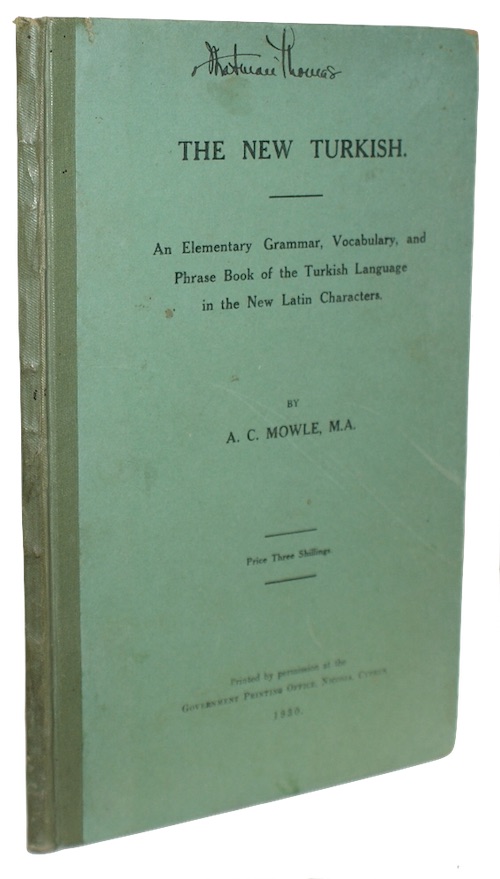 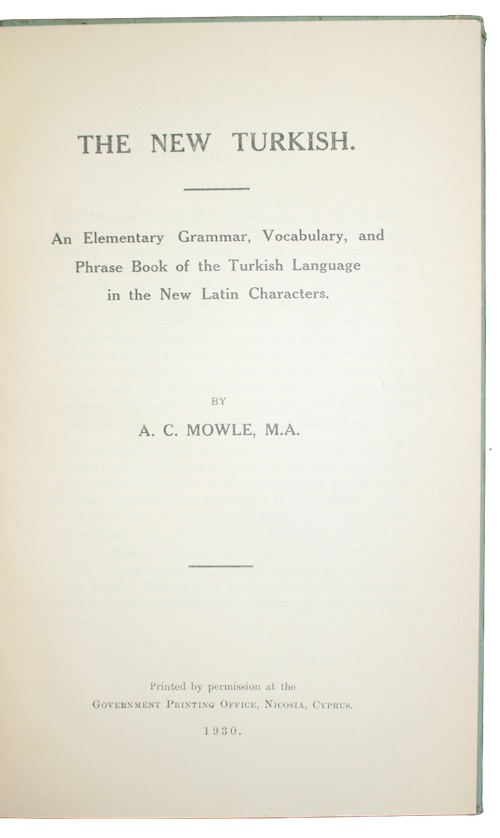 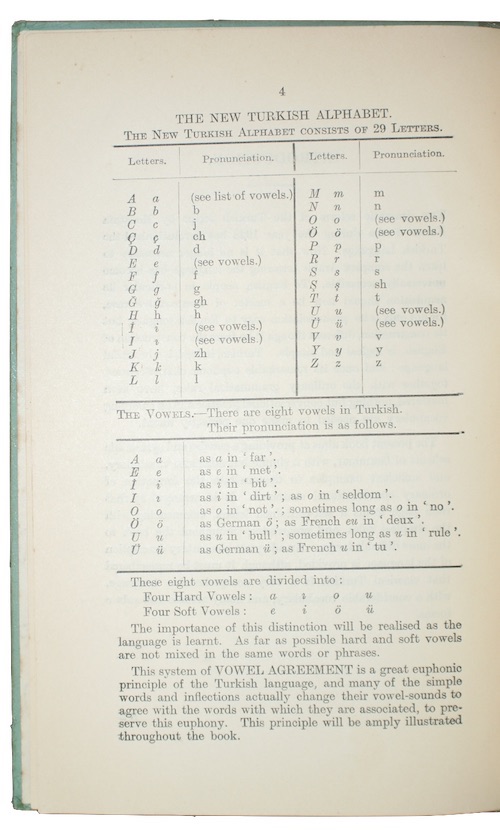 MOWLE, A[lfred] C[harles]. The new turkish. An Elementary Grammar, Vocabulary, and Phrase Book of the Turkish Language in the New Latin Characters.

Nicosia, Cyprus. Printed at the Government Printing Office, 1930. First edition.
Call us Email us
8vo. [2], 65pp, [1]. With half-title. Original publisher's cloth-backed printed paper boards. Slight rubbing and marking to extremities, ink ownership inscription to head of upper board. Ink ownership inscriptions and ink-stamps to FEP and RFEP, pencil notations to rear endpapers.
The first edition, printed in the British controlled Cyprian capital of Nicosia, of this linguistic primer to the Turkish language. The 'New Turkish' had been introduced in 1928 by the authority of Mustafa Kemal Ataturk in an effort to further the formation of an homogenous nation state from the ruins of the Ottoman Empire by eliminating regional dialects. The publication of this guide by the Government Printing Office was no doubt informed by the need for officials to have a working knowledge of the new tongue in dealings with Turkish Cypriot counterparts.