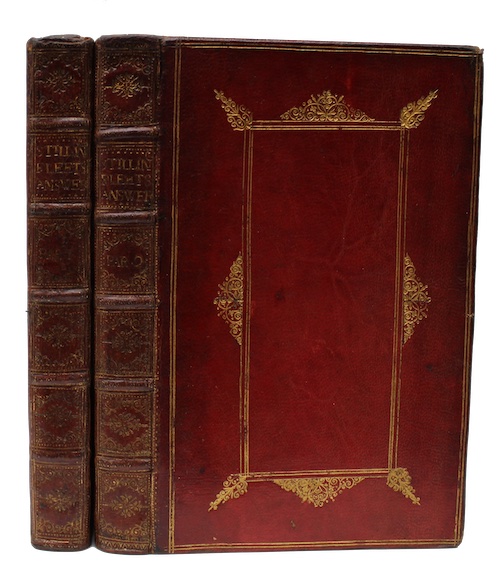 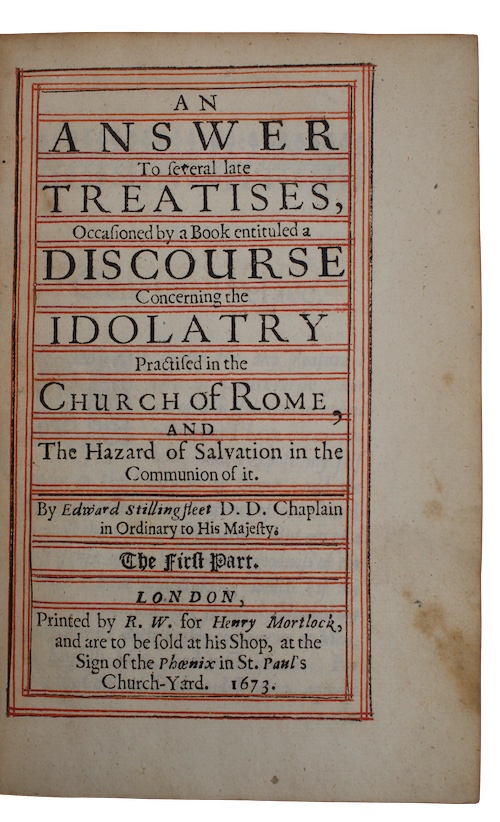 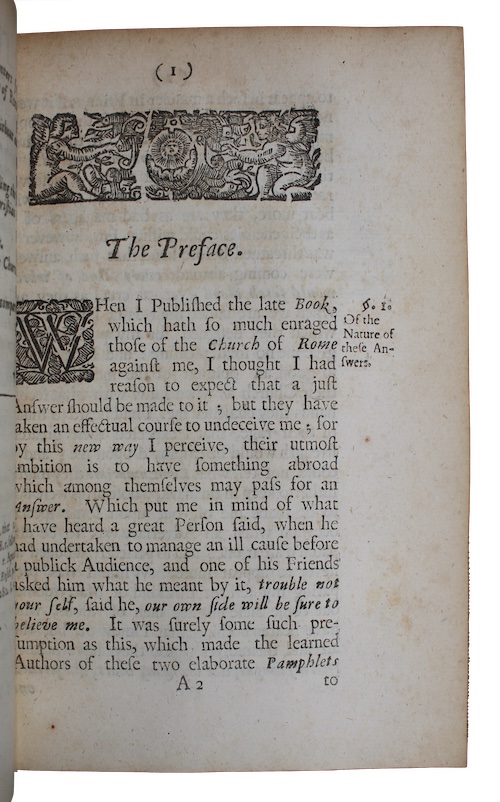 STILLINGFLEET, Edward. An answer To several late treatises, Occasioned by a Book entituled a discourse Concerning the idolatry Practised in the Church of Rome, and The Hazard of Salvation in the Communion of it.

[Uniformly bound with:] STILLINGFLEET, Edward. A Second discourse in vindication of the Protestant Grounds of Faith, Against the Pretence of Infallibility In the Roman Church... London. Printed by R[obert] W[hite] for H[enry] Mortlock, 1673. [16], 295-695pp, [3]. ESTC R12158, Wing S5559. With an initial imprimatur leaf and a final leaf of publisher's advertisements.

8vo. Later gilt-tooled panelled red morocco, A.E.G. Lightly rubbed, marked, and scored, spines sunned. Marbled endpapers, recent bookplate of Robert J. Hayhurst to FEP of first mentioned volume, scattered foxing.
Attractively bound first editions of two anti-Catholic polemics by Anglican clergyman, and scholar of dissenting Protestant Churches, Edward Stillingfleet (1635-1699). The works were written in part as a response to Roman Catholic controversialist Thomas Godden's (1622- 1688) continued refutation of Stillingfleet's charge that all Catholics were idolators and their doctrines recent inventions; a notion which sparked a lengthy published argument between the two (and later involved other prominent Anglicans who had converted to Rome) beginning with the printing of Stillingfleet's A Discourse Concerning the Idolatry Practised in the Church of Rome (1671).
£ 750.00 Antiquates Ref: 16387
This site uses cookies.Find out more.