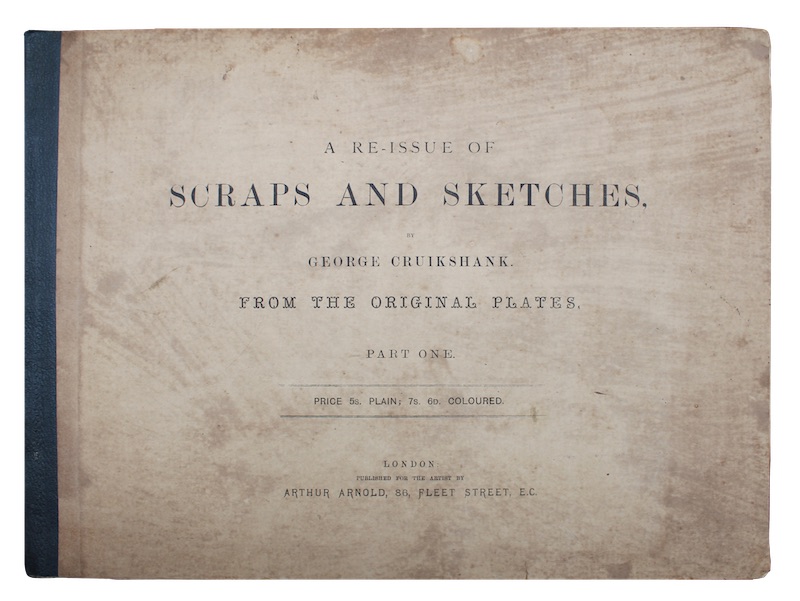 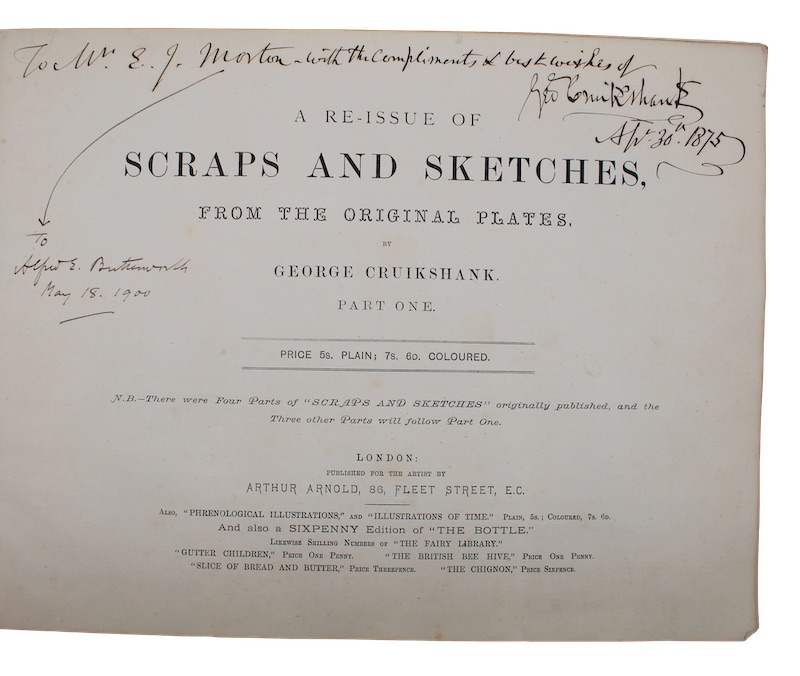 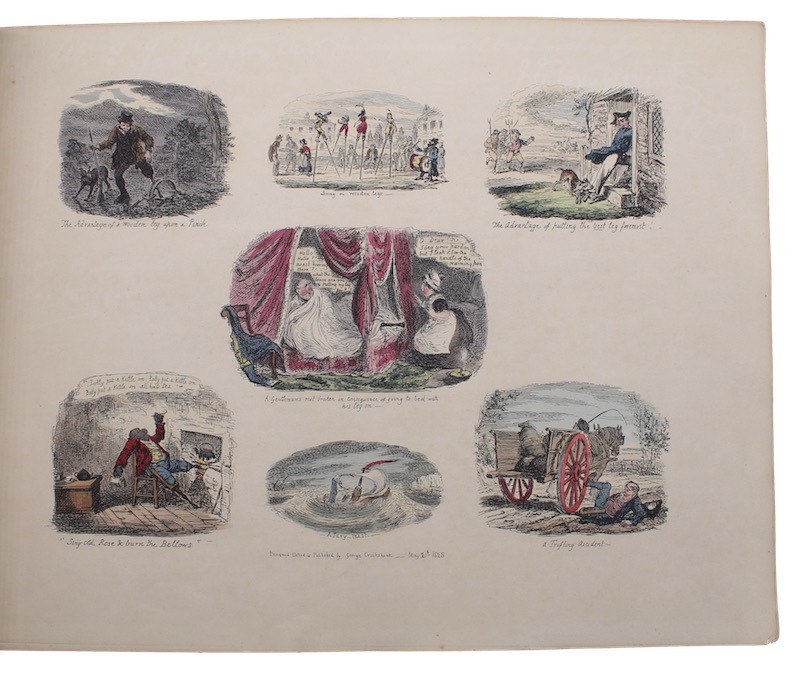 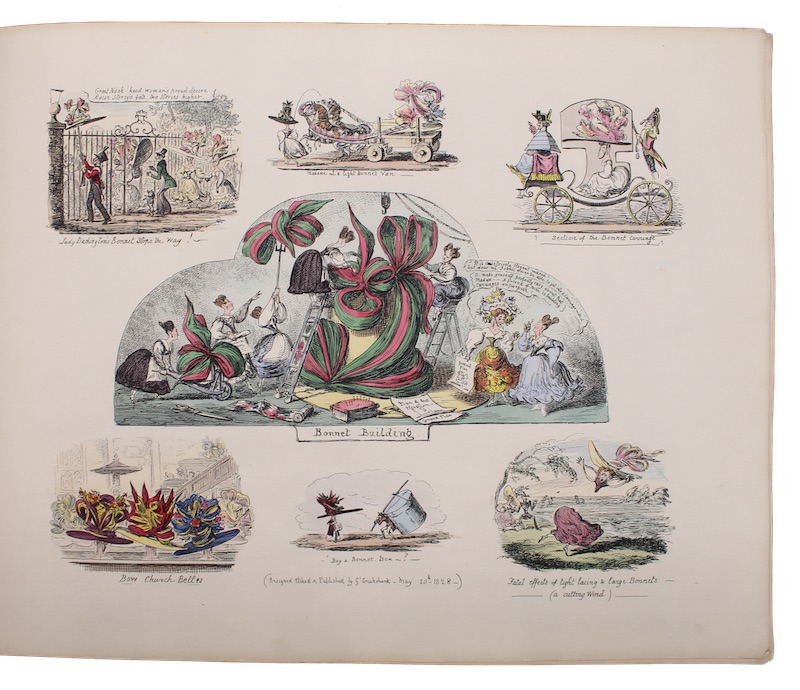 CRUIKSHANK, George. A re-issue of scraps and sketches, from the original plates...part one.

London. Published for the artist by Arthur Arnold, [1875].
Call us Email us
Oblong quarto. [4]pp. With 38 hand-coloured etched vignettes, on 6 plates. Original publisher's cloth-backed printed wrappers. Rubbed and marked, gutta percha perished and text block detached from boards. Some spotting to endpapers, short marginal tear to FFEP and title. Presentation copy, inscribed to head of title: 'To Mrs E.J. Morton, with the compliments, & best wishes of Geo. Cruikshank. April 30th 1875', and later inscribed in a different hand 'To Alfred E. Butterworth May 18. 1900'.
A presentation copy of the later luxury re-issue of what Cruikshank, in a preliminary note, describes as the 'third work which I have published on my own account', initially published in 1830, in four parts, to highlight the original nature of his works, which had been reprinted en masse in Bell's Life in London. A further note added to this edition, and dated 1875 explains the circumstances of its original publication: 'the Editor....asked me if I would allow them to copy two or three of the subjects which were in "Phrenological Illustrations" and "Illustrations of Time," then recently published, and to this request I readily assented....but the Proprietor, after publishing two or three, went on copying the whole of the illustrations, and gave my name in such a way as to lead the public to suppose that I had done them to illustrate his newspaper'.

The title page refers to 'three other parts' which would 'follow Part One', however, none seem to have appeared and this volume, itself rare (with OCLC locating just two copies, at Boston Public Library and Huntington), appears to be all that was published.
c/f Cohn 180 (for the 1823-32 original).
£ 450.00 Antiquates Ref: 16526
This site uses cookies.Find out more.