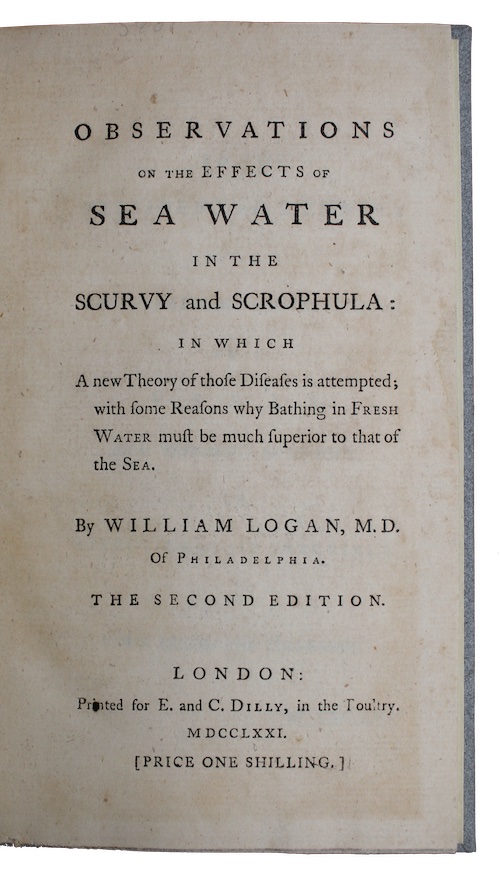 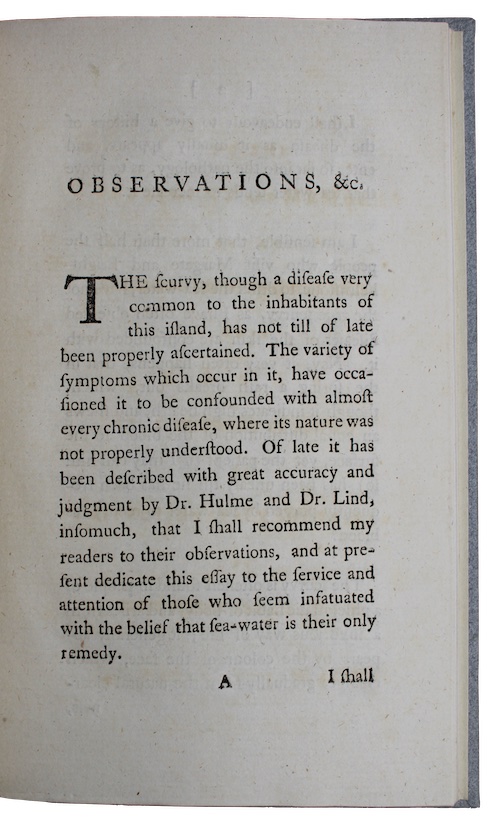 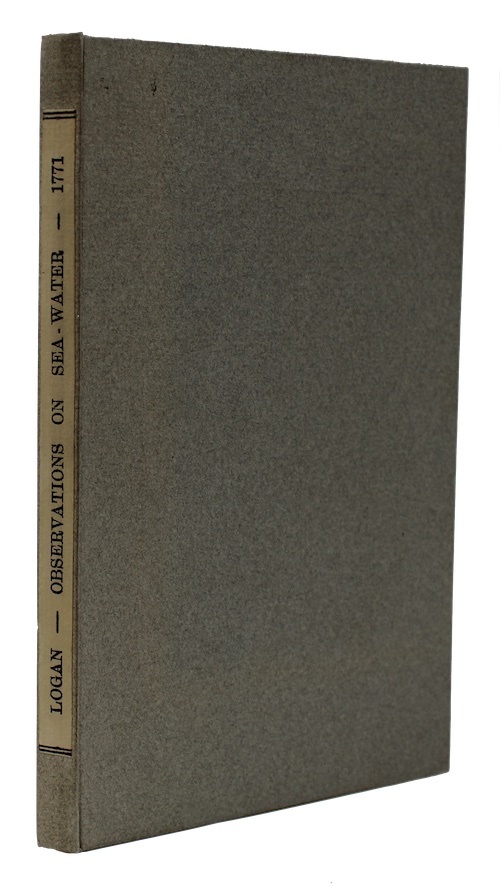 LOGAN, William. Observations on the effects of sea water in the scurvy and scrophula: in which A new Theory of those Diseases is attempted; with some Reasons why Bathing in Fresh Water must be much superior to that of the Sea.

London. Printed for E. and C. Dilly, 1771. Second edition.
Call us Email us
8vo. [4], 45pp, [1]. Recent grey paper boards, printed paper lettering-piece. A clean and crisp copy. From the library of British physiologist John Yudkin (1910-1995), with his bookplate to FEP.
The second, and final edition of American physician William Logan's (1747-1772) treatise on the efficacy of seawater bathing in the treatment of scurvy and scrofula.

Both editions are scarce; ESTC records copies of this second edition at two locations in the British Isles (BL and Wellcome); and two further in North America (NLM and Philadelphia).
ESTC N10729.
£ 375.00 Antiquates Ref: 17583
This site uses cookies.Find out more.