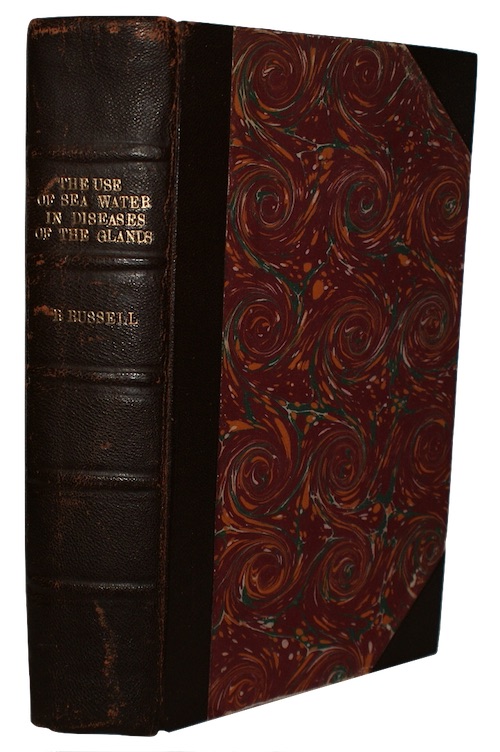 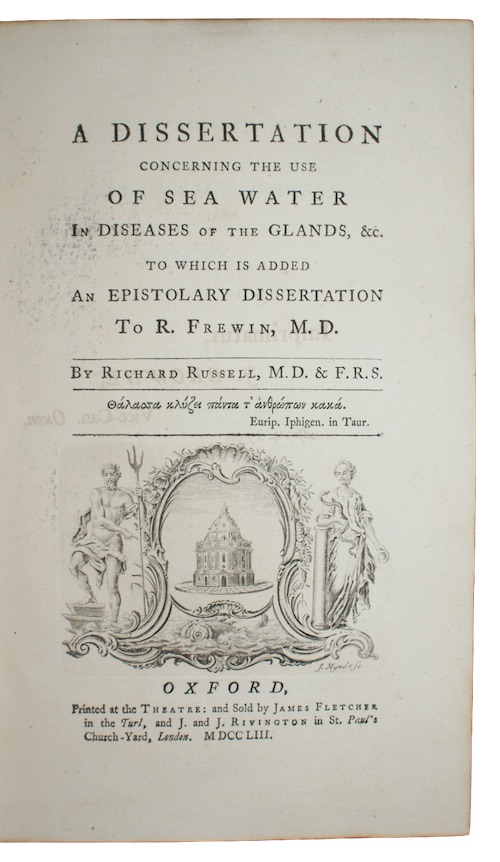 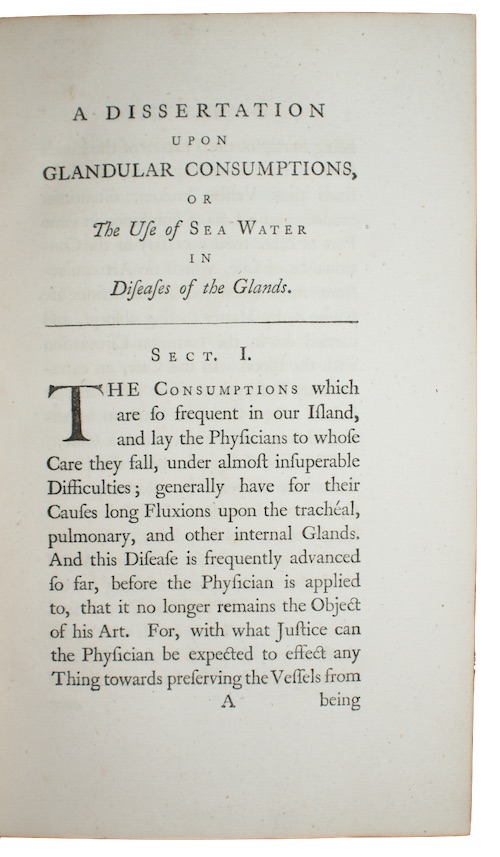 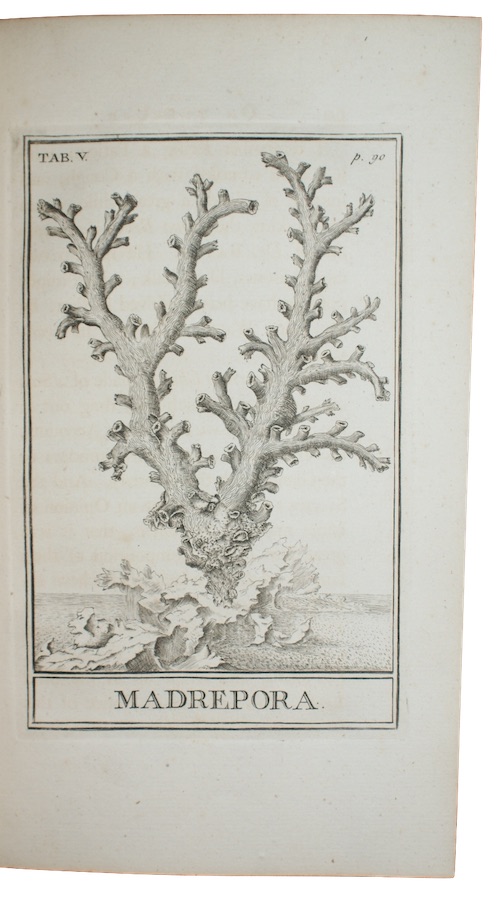 RUSSELL, Richard. A dissertation concerning the use of sea water In Diseases of the glands, &c. to which is added An epistolary dissertation To R. Frewin, M. D..

Oxford. Printed at the Theatre: and Sold by James Fletcher...and J. and J. Rivington, 1753. First edition.
Call us Email us
8vo. [2], xv, [1], 398pp, [2]. With an initial imprimatur leaf, a terminal corrigenda leaf, and seven engraved plates. Recent half-calf, marbled boards, lettered in gilt. Rubbed. Internally clean and crisp. From the library of British physiologist John Yudkin (1910-1995), with his bookplate to FEP.
The first edition in English of physician Richard Russells (1687-1759) observations on the use of sea water as a remedy to glandular disease. Russell had introduced his regime of sea water bathing and drinking from the 1730s in Brighton - an increasingly attractive destination for those seeking recuperation; he published his findings in 1750 under the title De tabe glandulari, sive, De usu aquæ marinæ in morbis glandularum dissertatio. Following the appearance of a pirated English edition by the proprietor of a London mineral water warehouse published a pirated English translation in 1752, Russell issued his own the following year. The continued demand for Russell's treatment led him in 1753 to purchase tenements at the eastern end of Brighton for the reception of patients - often the effectiveness of the sea water cure were in actuality due to the dietetic and hygienic routines encouraged by the cities surroundings - contributing to the rise of the resort as Britain's first fashionable seaside retreat.
ESTC T59015.
£ 375.00 Antiquates Ref: 17584
This site uses cookies.Find out more.