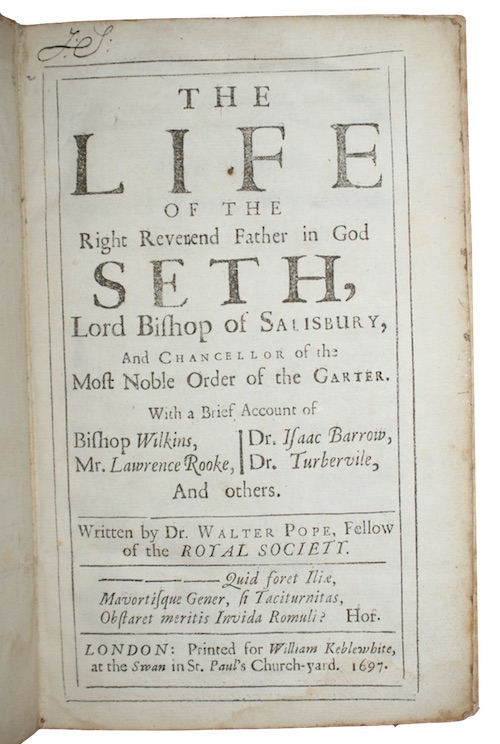 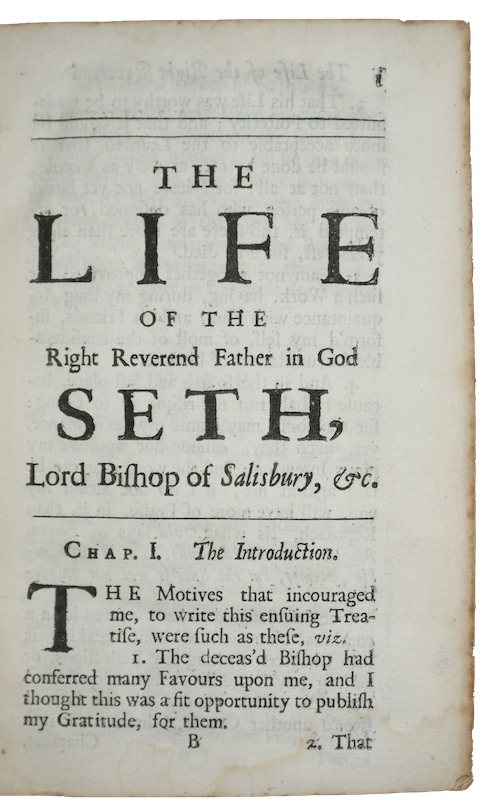 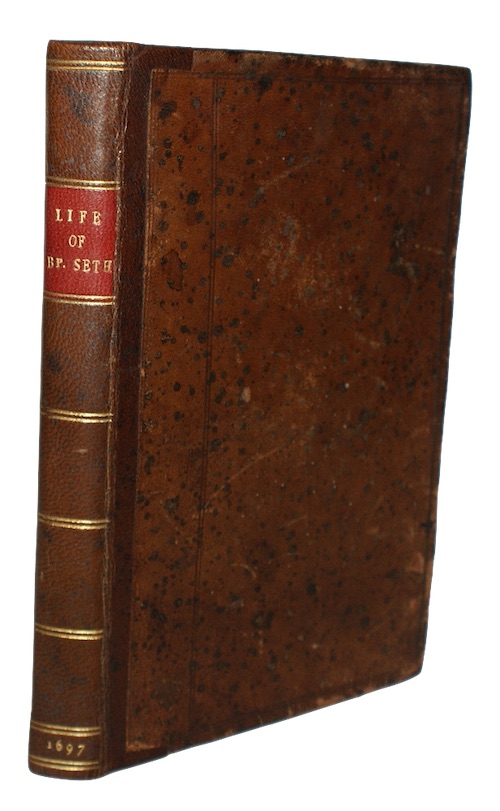 POPE, Walter. The life of the Right Reverend Father in God seth, Lord Bishop of Salisbury, And Chancellor of the Most Noble Order of the Garter...

London. Printed for William Keblewhite, 1697.
Call us Email us
8vo. [4], 193pp, [3]. With two terminal pages of publisher's advertisements. Without errata slip. Contemporary blind-ruled speckled calf, recently rebacked and recornered. Later armorial bookplate of Seth Ward to FEP, near contemporary inked initials to head of title-page, occasional pencilled highlighting, light spotting, minute worm-holes to margins.
The first edition of Walter Pope's (c.1630-1714) biography of Seth Ward (1617-1689), English astronomer, philosopher and Anglican bishop, and the first Savilian professor to both subscribe to and teach Copernican theory whilst at Oxford. Pope, a long-standing confidant, is remarkably generous in his praise for Ward's accomplishments - to the extent that he claims, likely falsely, that his friend was an autodidact in the field of mathematics.

Throughout Pope provides succinct biographies of notable scholars associated with Ward; these include the astronomer Lawrence Rooke (1619/20-1662), whom Ward taught whilst at Cambridge; and polymath Isaac Barrow (1630-1677), who held the Cambridge chairs of Greek, Geometry and Mathematics in the wake of the Restoration before passing each on to noteworthy successors - the latter to Isaac Newton.
ESTC R4511, Wing P2911.
£ 750.00 Antiquates Ref: 18321
This site uses cookies.Find out more.