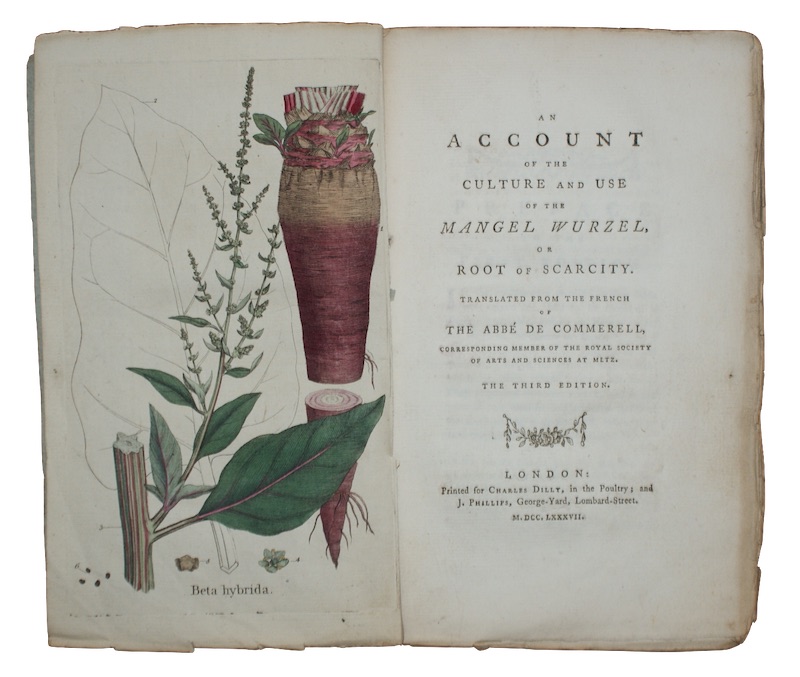 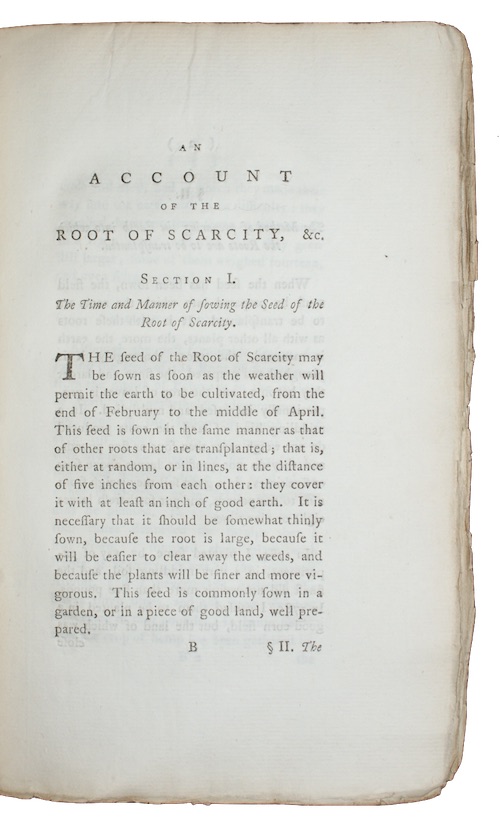 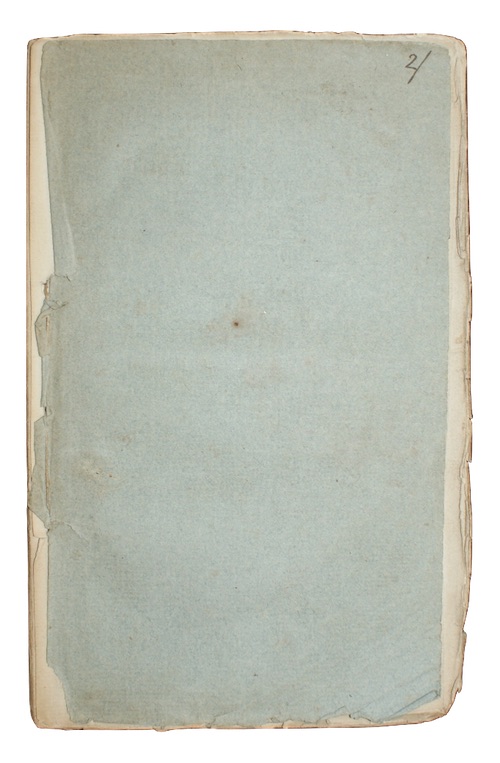 COMMERELL, abbe de. An account of the culture and use of the mangel wurzel, or root of scarcity.

London. Printed for Charles Dilly, 1787. Third edition.
Call us Email us
8vo. xxxix, [1], 51pp, [1]. With a hand-coloured engraved plate. Uncut, stitched, as issued, in original publisher's blue paper wrappers. Without spine panel, lightly marked, a trifle spotted.
The third edition, printed in the same year as the first, of this translation into English of the agronomist Abbe de Commerell's (d. 1799) monograph on the propagation and benefits of the Mangelwurzel, a variety of edible root vegetable predominantly used as fodder for domesticated livestock. The translator, physician John Coakley Lettsom (1744-1815), was first made ware of the pamphlet by Sir Richard Jebb (bap. 1729, d. 1787) in 1786 and immediately began importing and growing large quantities of seed which he distributed to farmers in Britain, Europe, America, and the West Indies. This third edition is notable for the inclusion of a hand-coloured engraved plate depicting the root not present in earlier printings.
ESTC N30320.
£ 450.00 Antiquates Ref: 18972
This site uses cookies.Find out more.