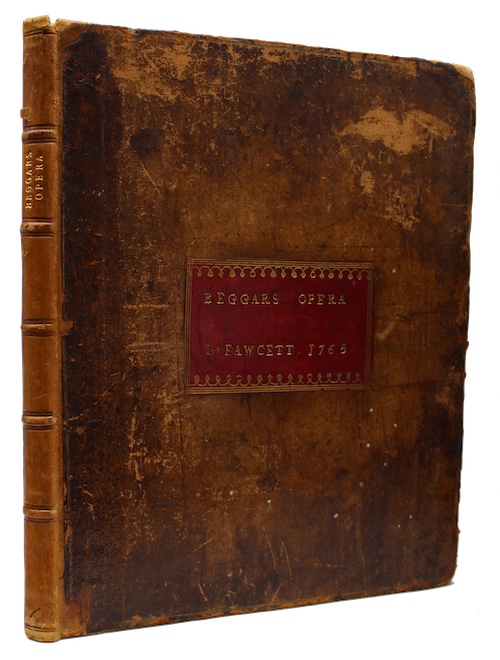 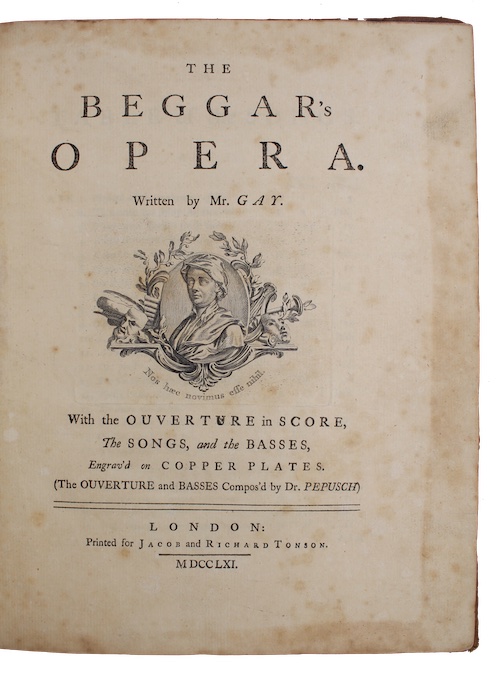 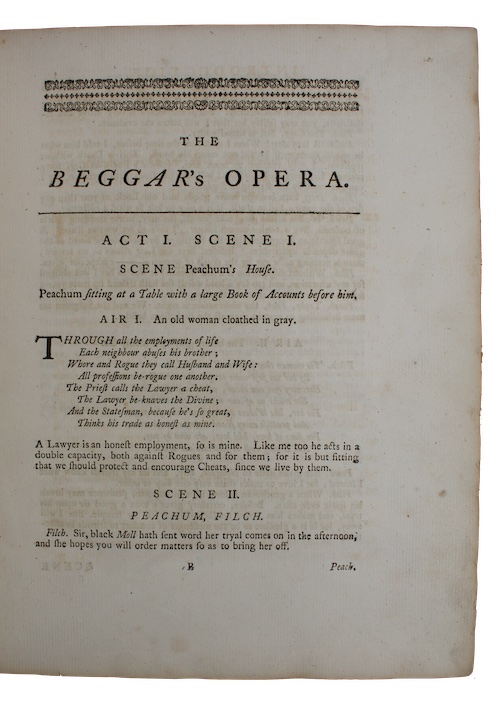 GAY, [John]. The beggar's opera...With the ouverture in score, The Songs, and the basses, Engrav' on copper plates. (The ouverture and basses Compos'd by Dr. pepusch).

London. Printed for Jacob and Richard Tonson, 1761.
Call us Email us
Quarto. [8], 56pp. With 46 plates of engraved musical notation and six later leaves with hand-ruled staves (else blank) bound to rear. Contemporary calf, recently rebacked, contemporary red morocco lettering-piece to upper board ('BEGGARS OPERA/I. FAWCETT 1765'). Extremities worn and marked, some surface loss to edges and bumped corners. Foxed.
A handsome production, with accompanying score, of poet and playwright John Gay's (1685-1732) most celebrated and enduring work, a satirical ballad opera simultaneously poking fun at the contemporary fashion for opera, and highlighting corruption at all levels of English society.

The presence of the elaborate lettering-piece to the upper board makes it tempting to suggest that this may have been the actor John Fawcett's (d. 1793) copy. Fawcett, who began his career as an apprentice to the composer Thomas Arne, first performed on the professional stage as the young Filch in The Beggar's Opera on September 23rd 1760. He is today better known as the father of the more successful actor (1768-1837) of the same name.
ESTC T13785.
£ 450.00 Antiquates Ref: 19332
This site uses cookies.Find out more.