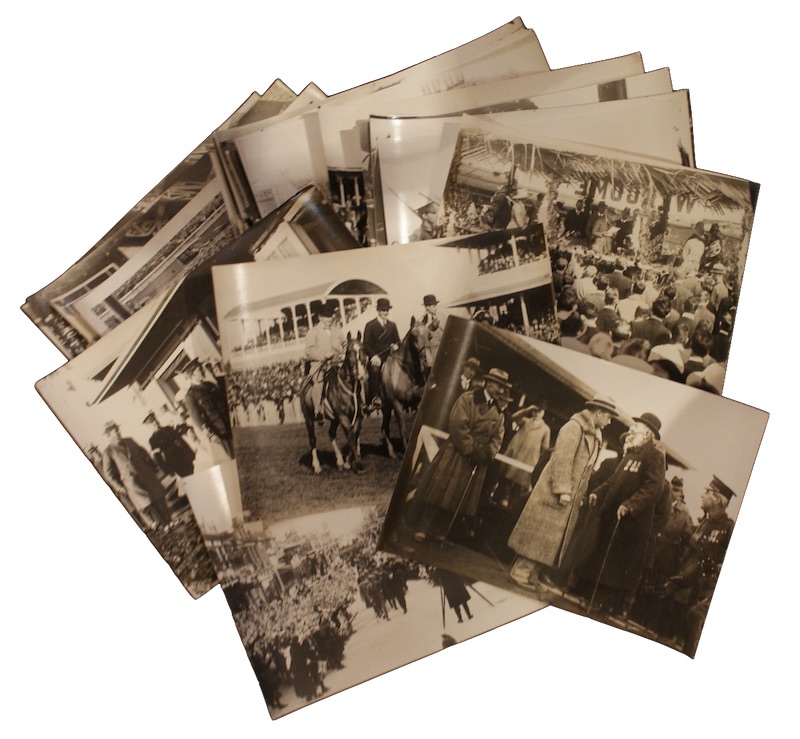 [s.l.]. [s.n.], [s.d.]
Call us Email us
Dimensions 200 x 150 mm. 31 black and white photographs. A trifle curled.
A clutch of 31 photographs documenting parts of the four-week royal visit of Edward, Prince of Wales (later Edward VIII) to New Zealand in 1920; including his receptions and military reviews at Wellington and Christchurch. The 'playboy' prince was less than enamored with his duties, writing in a letter to his first love, Freda Dudley-Ward: 'We managed to keep fairly cheery despite never 1 hr free from returned soldiers & schoolchildren! Christ their cheers & "God saves" and "God blesses" get on my nerves.'
£ 450.00 Antiquates Ref: 20189
This site uses cookies.Find out more.