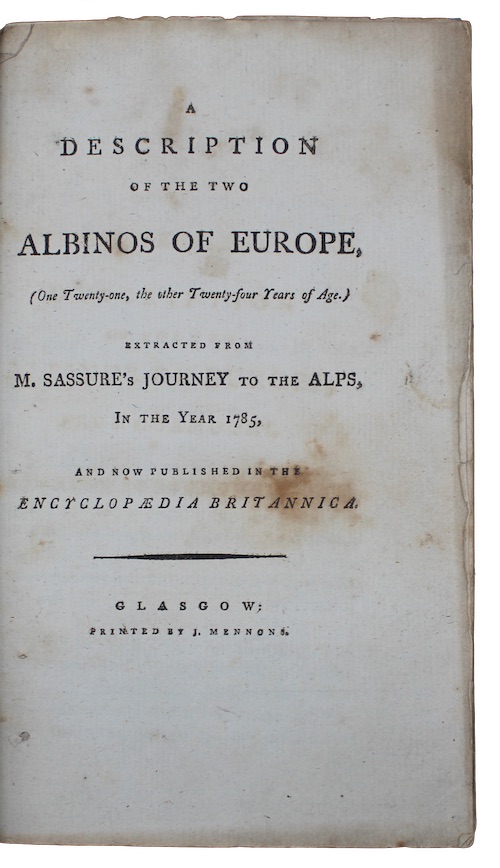 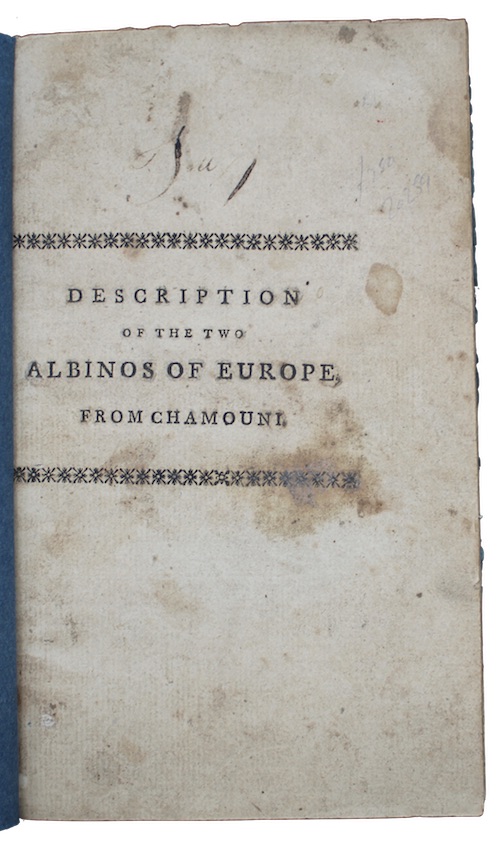 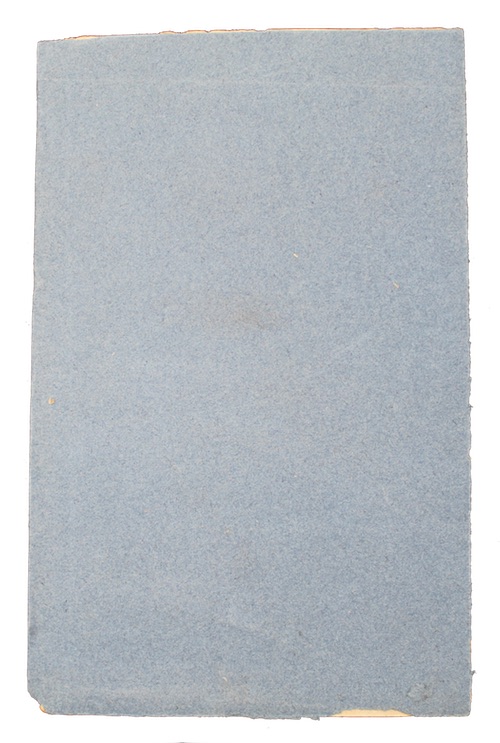 [ALBINOS]. SASSURE, [Horace Benedict de]. A description of the two albinos of europe, (One Twenty-one, the other Twenty-four Years of Age.) Extracted from m. sassure's journey to the alps, In the Year 1785, and now published in the encyclopaedia britannica.

Glasgow. Printed by J. Mennons, [s.d., c.1790]
Call us Email us
8vo. 15pp, [1]. With a half-title. Later powder blue wrappers. Browned and spotted, damp-staining to head of all leaves, faint inked ownership inscription to half-title.
A rare survival of a Glasgow-printed edition of a translation of Horace Benedict de Saussure’s (1740-1799) study of two cases of albinism, extracted from his Voyages dans les Alpes (1779-1796). Four other editions were printed (according to ESTC in the same year) at Birmingham, Derby, Liverpool, and Manchester respectively.

ESTC records copies of this Glasgow-printed edition at four locations in the British Isles (Aberdeen, BL, NLS, and Wellcome), and none elsewhere.
£ 250.00 Antiquates Ref: 20259
This site uses cookies.Find out more.