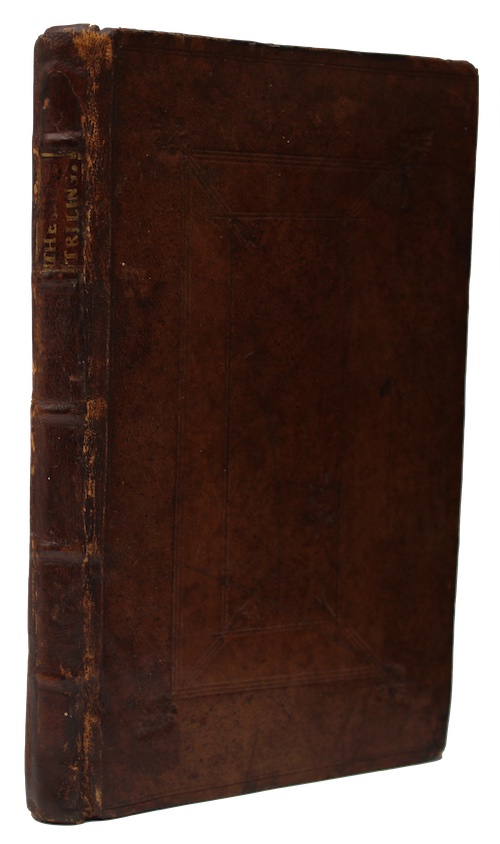 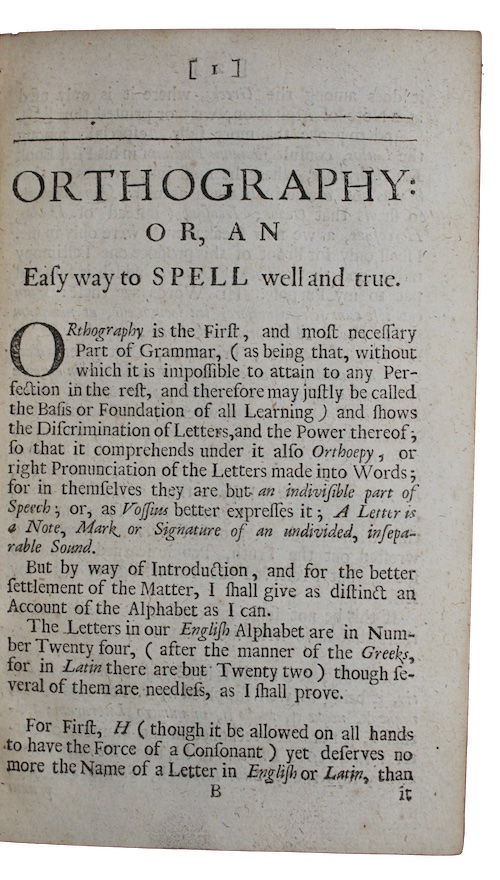 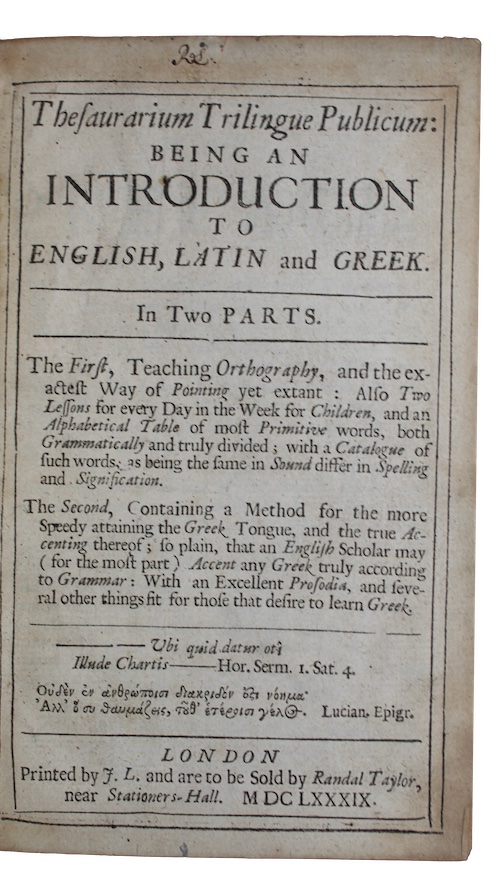 [HOGARTH, Richard]. Thesaurium Trilingue Publicum: being an introduction to english, latin and greek. In Two parts. The First, Teaching Orthography, and the exactest Way of Pointing yet extant: Also Two Lessons for every Day in the Week for Children, and an Alphabetical Table of most Primitive words, both Grammatically and truly divided; with a Catalogue of such words, as being the same in Sound differ in Spelling and Signification. The Second, Containing a Method for the more Speedy attaining the Greek Tongue.....

Albeit decidedly traditional in educational outlook, with the inclusion of a plan of lessons designed to inculcate 'several Vertues to the learn'd by Children, tending to the well governing of themselves as to most affairs of this Life' and, in the preface, a resistance to the spelling of 'every word according to the Pronunciation that time by Corruption has given them', this is nevertheless an accessible, lively production, with worked examples of correctly punctuated sentences, and an 'Alphabetical Dictionary of most Primitive Words....truly divided, for further Instruction to Youth'. The second part, an introduction to ancient Greek, pays particular attention to the 'true accenting thereof'. Published anonymously, the appearance of this work preceded his better known work, Gazophylacium Anglicanum (London, 1698), in effect an abridgement of Skinner's Etymologicon linguae Anglicanae.

Despite the enthusiasm of laudatory letters prefacing this work, it seems to have largely sunk without significant trace. ESTC locates just three copies in the UK (London Library, Oxford and Shrewsbury School), and four elsewhere (three at Harvard and another at the Clark Library, UCLA); it was never republished.