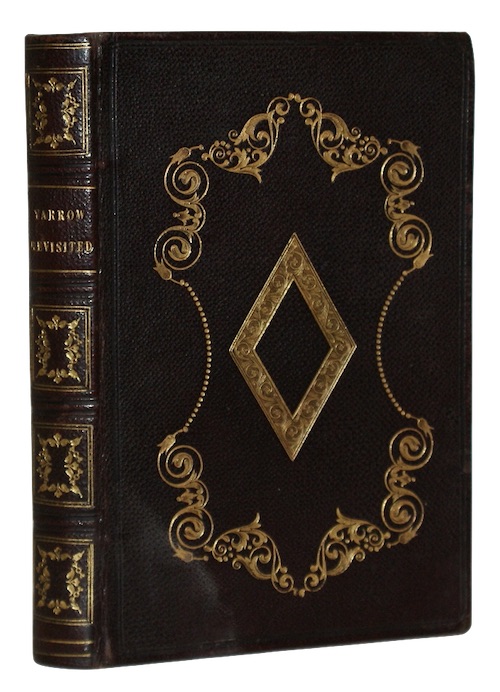 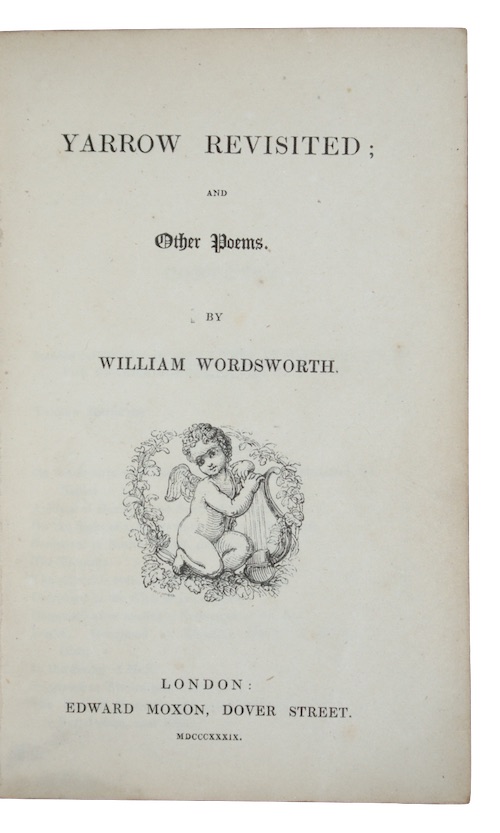 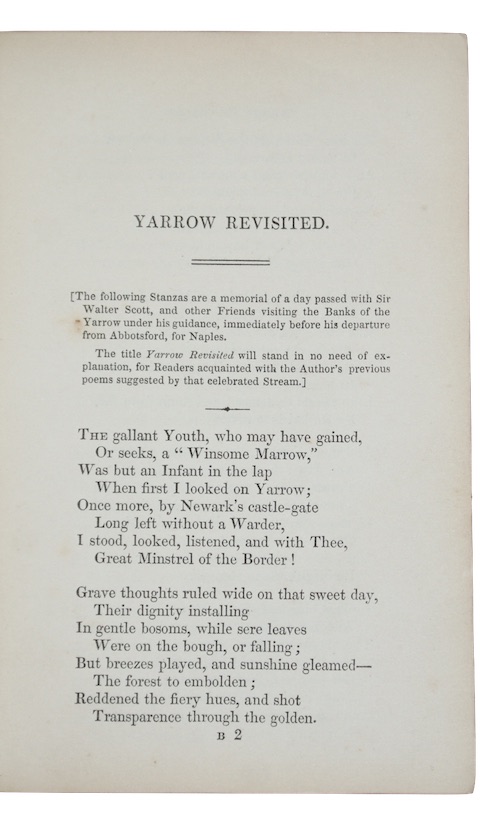 London. Edward Moxon, 1839.
Call us Email us
8vo. [3], v-xi, [1], 249pp, [1]. Without half-title. Contemporary (original?) gilt-tooled brown morocco, A.E.G. A trifle rubbed, damp-staining to boards and foot of text-block.
An early edition of Romantic poet William Wordsworth's (1770-1850) collection of retrospective and elegiac verse, first printed in 1835 (the last such collection published in his lifetime), composed after a tour of Scotland and the English Border in the autumn of 1831, and including several poems dedicated to friends and contemporaries, such as Samuel Rogers and Sir Walter Scott.
£ 75.00 Antiquates Ref: 20516
This site uses cookies.Find out more.