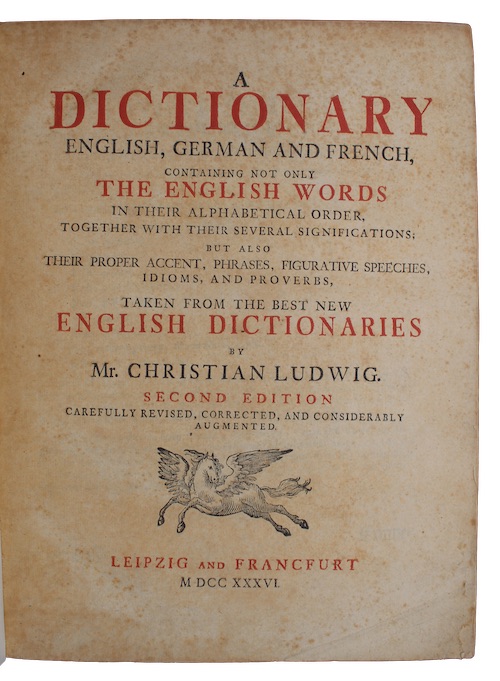 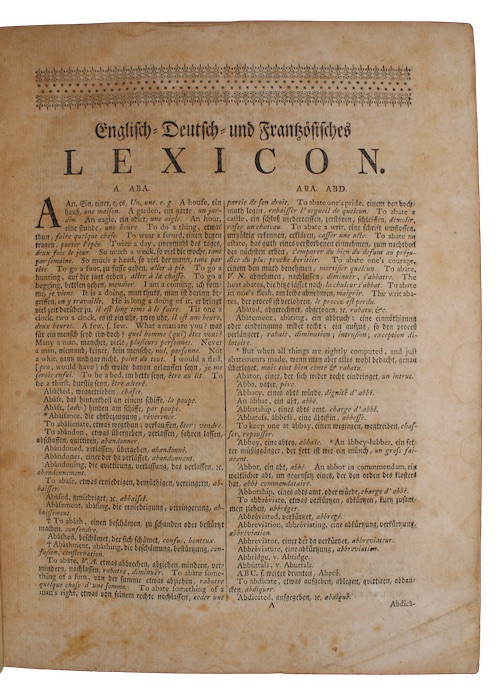 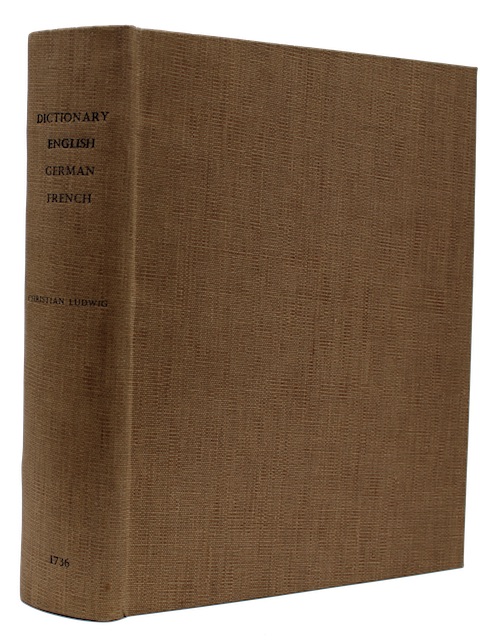 LUDWIG, Christian. A dictionary English, German and French, Containing not only the English words in their Alphabetical Order, together with their several significations; but also their proper Accent, Phrases, Figurative Speeches, Idioms, & Proverbs, Taken from the best new English dictionaries.

From the recently dispersed library of Eric Gerald Stanley (1923-2018), scholar of Old English literature, Rawlinson and Bosworth Professor of Anglo-Saxon at the University of Oxford.