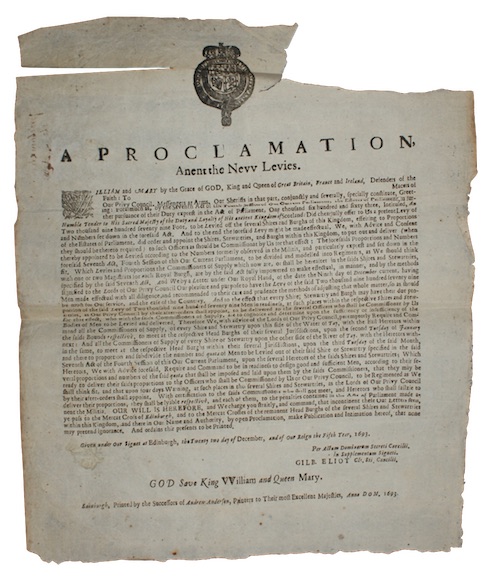 Edinburgh. Printed by the Successors of Andrew Anderson, 1693.
Call us Email us
Dimensions 370 x 300 mm. Single leaf broadside. Edges uncut. Horizontal tear and some loss to head - not touching text.
The sole edition of a broadside concerning arrangements for recruiting a militia force of 2,975 as promised under an Act issued by Charles II in 1663 entitled An Humble Tender to His Sacred Majesty of the Duty and Loyalty of His ancient Kingdom of Scotland for the protection of the nation.