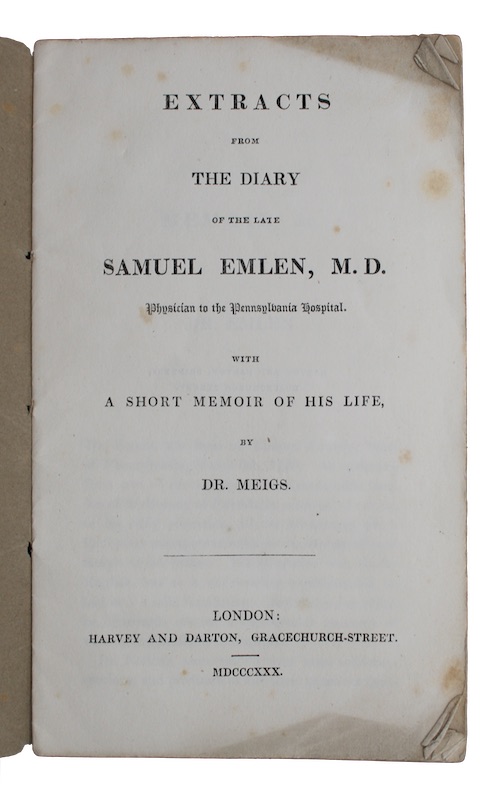 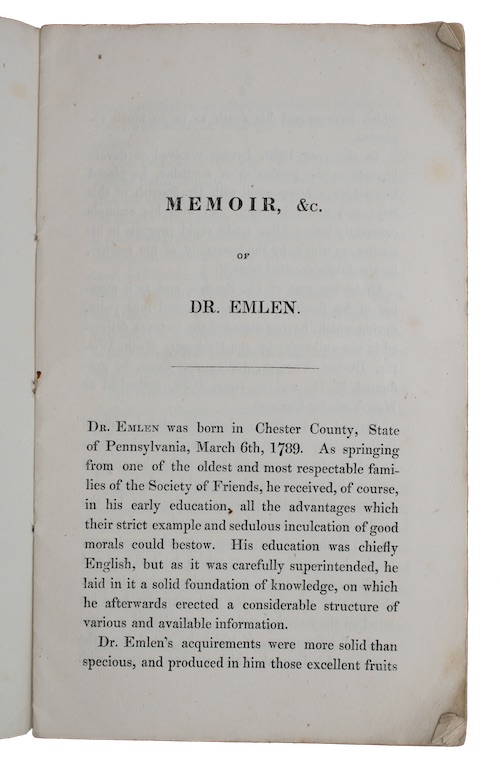 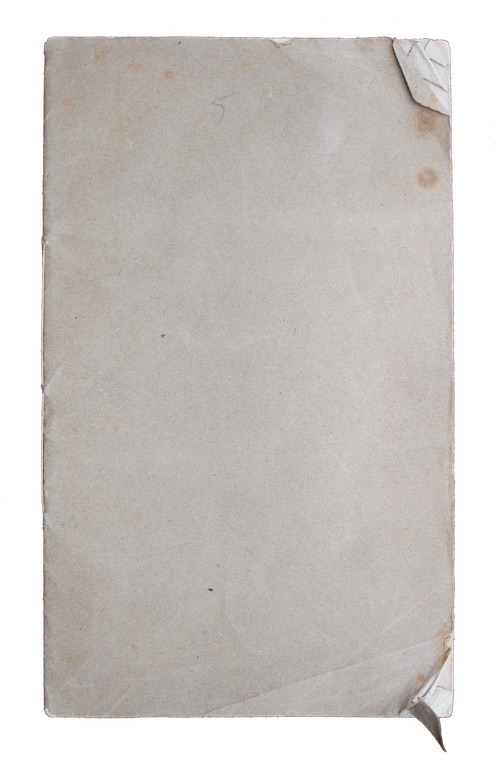 MEIGS, Dr. [Charles]. Extracts from the diary of the late samuel emlen, m. d. Physician to the Pennsylvania hospital. With a short memoir of his life.

London. Harvey and Darton, 1830. First edition.
Call us Email us
12mo. 23pp, [1]. Stitched, as issued, in original publisher's drab wrappers. A trifle creased and spotted.
The first edition of a compilation of devotional extracts from the diary of American physician and Quaker Samuel Emlen (1789-1828), together with a succinct biography by his colleague and close personal friend Charles Meigs (1792-1869). Emlen travelled extensively in Europe, and was stranded for a time in London following the outbreak of the war of 1812. He was elected as a physician to the Pennsylvania Hospital in 1825.
£ 50.00 Antiquates Ref: 21331
This site uses cookies.Find out more.