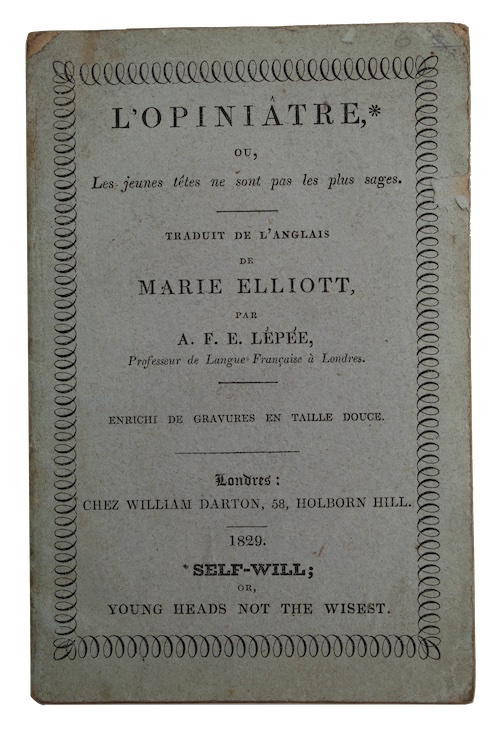 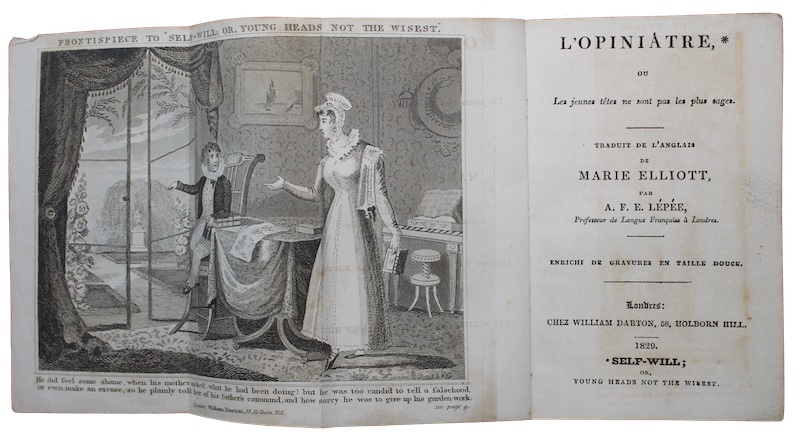 Londres [i.e. London]. Chez William Darton, 1829. First edition in French.
Call us Email us
12mo. 36pp. With a folding engraved frontispiece and two further engraved plates. Original publisher's printed light blue stiff paper wrappers. Lightly rubbed and marked. Early inked ownership inscription to FEP, else internally clean and crisp.
The first edition in French of prolific Darton author Mary Elliott's (née Belson) (c.1794-1870) Self-will; or, Young Heads not the Wisest, in which a young Philip is forbidden by his mother (who provides no reason) to leaves the grounds of his home. Wishing to be obedient, when his cousin William arrives wanting to play ball, Philip encourages him to go and purchase one from the village whilst he remains put. Subsequently, William, having come into contact with the sickly children of the village, contracts smallpox and is left permanently disfigured. Philip never forgets this lesson (albeit one learnt at a remove), though one does wonder if the whole affair could have been avoided had his mother been more forthcoming. The moral is uncertain, beyond being responsible during a pandemic.