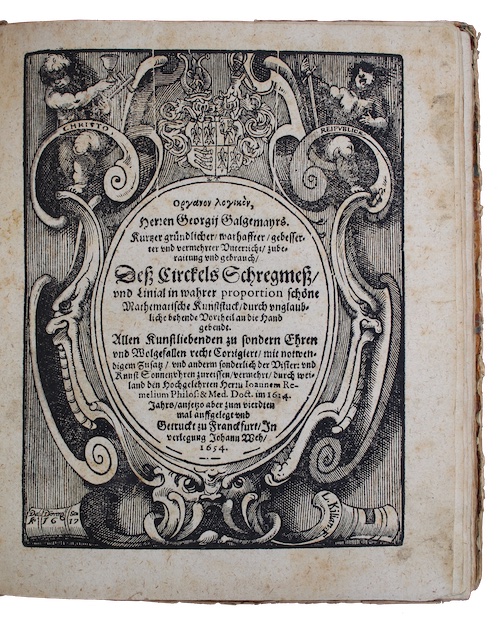 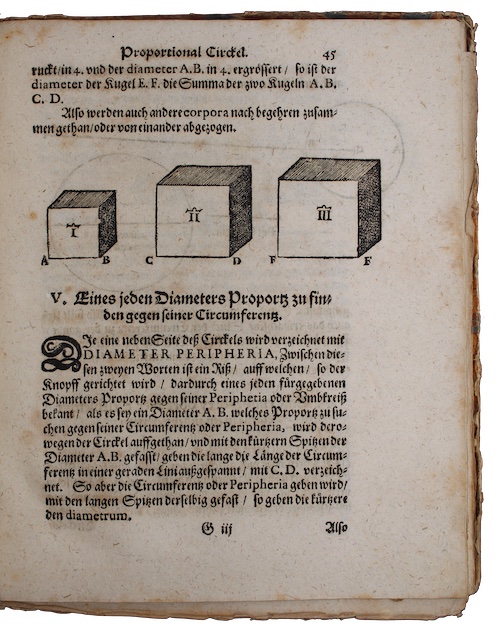 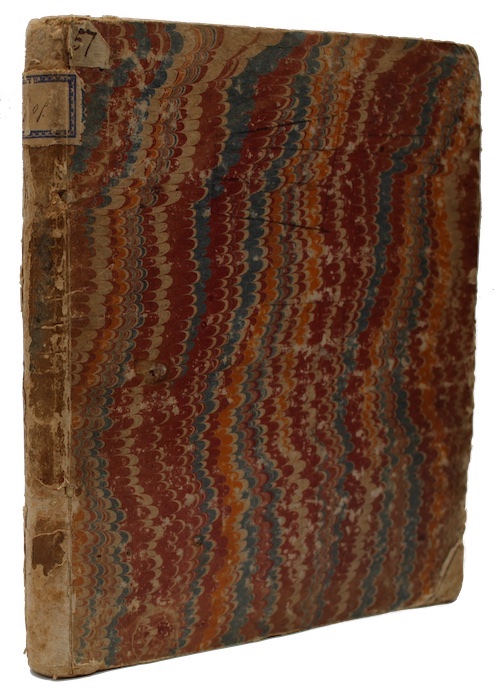 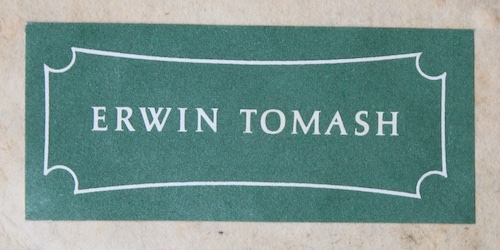 Frankfurt. Johann Weh, 1654. Fourth edition.
Call us Email us
Quarto. [8], 56, 59-66, 65-128pp. Complete despite erratic pagination (57-58 omitted, 65-66 repeated). First two words of title transliterated from the Greek. With four folding plates. Contemporary marbled paper boards. Housed in recent cloth clamshell case, green morocco lettering-piece. Heavily rubbed, corners worn, later paper label to spine. Recent book-label of Erwin Tomash to FEP, near contemporary inked ownership inscription to recto of FFEP, scattered foxing.
Johann Remmelin (1582-1632), mathematician and physician, primarily remembered for his Catoptrum Microcosmicum (1613), the earliest anatomical 'flap' book. Remmelin composed the present work, first published in 1626, based on the earlier work of Georg Galgemair (1495-1552). The first half of the text is devoted to the use of the proportional compass in all aspects of plane and solid geometry, the second and third sections concern the sector, including a detailed description of the influential single-arm sector of Benjamin Bramer (1588-1652). In addition to the discussion of calculating instruments, the book includes a section on gauging, specifically methods for determining the volume of barrels - a perennial problem, not satisfactorily addressed until the development of more sophisticated gauging rod instruments in the early years of the eighteenth-century.

All editions are remarkably scarce, this fourth edition is apparently unrecorded.

From the recently dispersed library of Erwin Tomash (1921-2012), American engineer recognised for his early pioneering work with computer equipment peripherals. His library consisted of over 3,000 books and manuscripts relevant to the history of computation, from medieval and renaissance works on arithmetic, finger-reckoning and the abacus, to the birth in the twentieth century of theoretical and practical computer science under Alan Turing.
Tomash R 72.
£ 1,500.00 Antiquates Ref: 22697
This site uses cookies.Find out more.