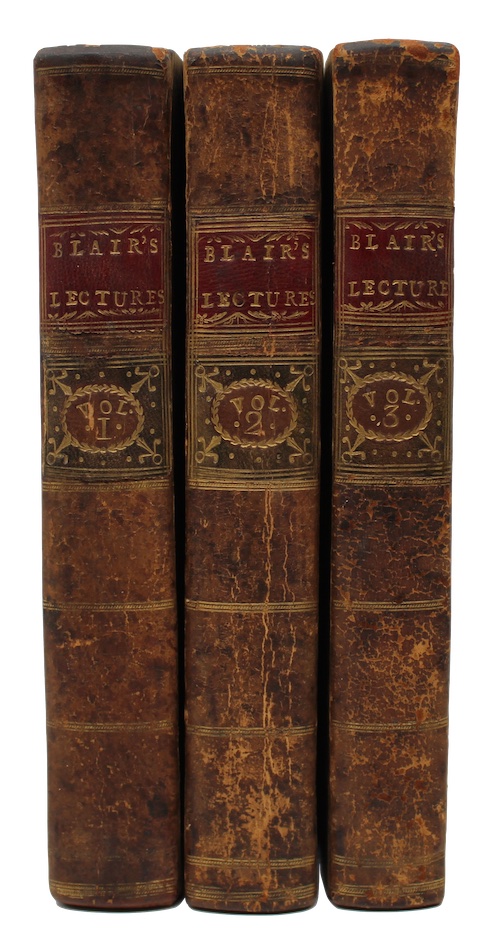 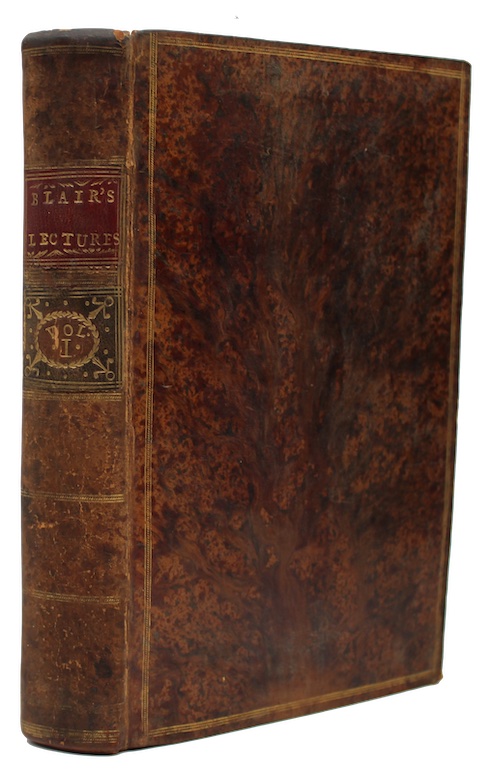 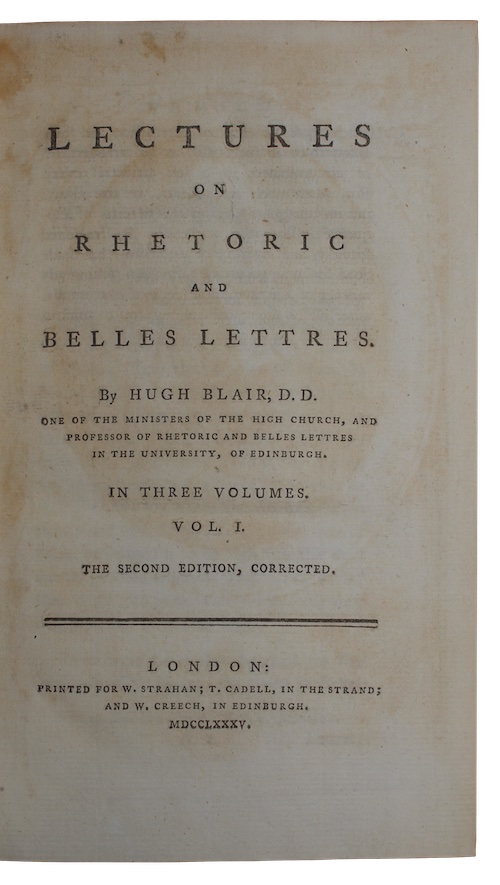 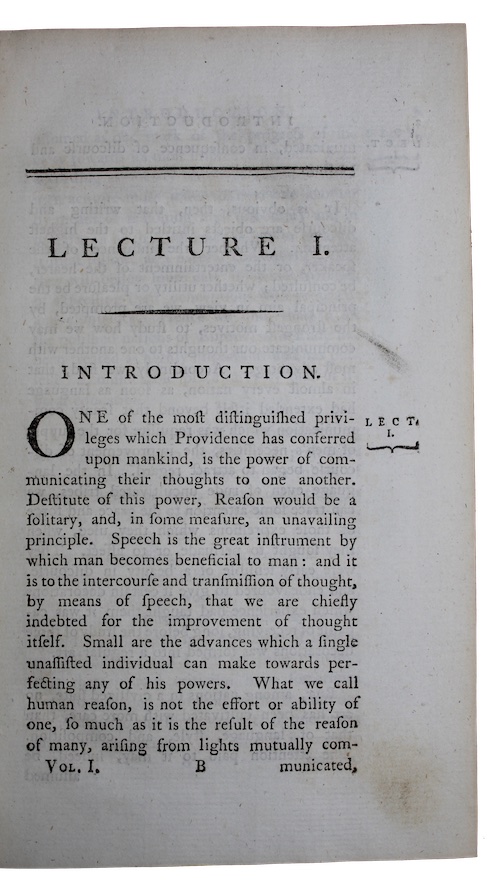 London. Printed for W. Strahan, 1785. Second edition.
Call us Email us
8vo. In three volumes. viii, 456; [4], 480; [4], 384pp, [26]. With an engraved portrait frontispiece to Vol. I. Contemporary gilt-tooled tree-calf, contrasting morocco lettering-pieces. Extremities rubbed. Marbled endpapers, internally clean and crisp.
A handsome copy of the revised edition of Church of Scotland minister and literary critic Hugh Blair's (1718-1800) much-admired, comprehensive discussion of rhetoric and style with wide-ranging comments on language in general, and English in particular. First published in 1783, the work reached a tenth edition by 1806 (not to mention American reissues, one French (1797), one Italian (1801), and one Spanish (1816) editions). The book was an immediate success and became the new standard for the study of rhetoric and literary criticism. Blair, a friend of Hume and Adam Smith, was inspired by the latter's lectures in his endeavour.
ESTC T143829.
£ 375.00 Antiquates Ref: 23033
This site uses cookies.Find out more.