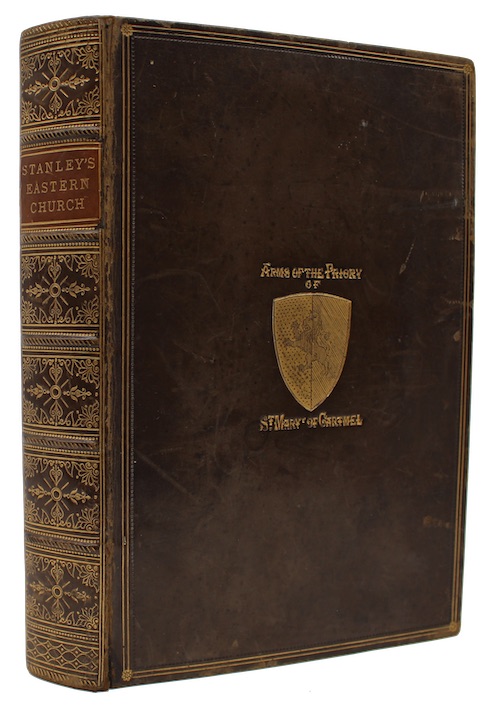 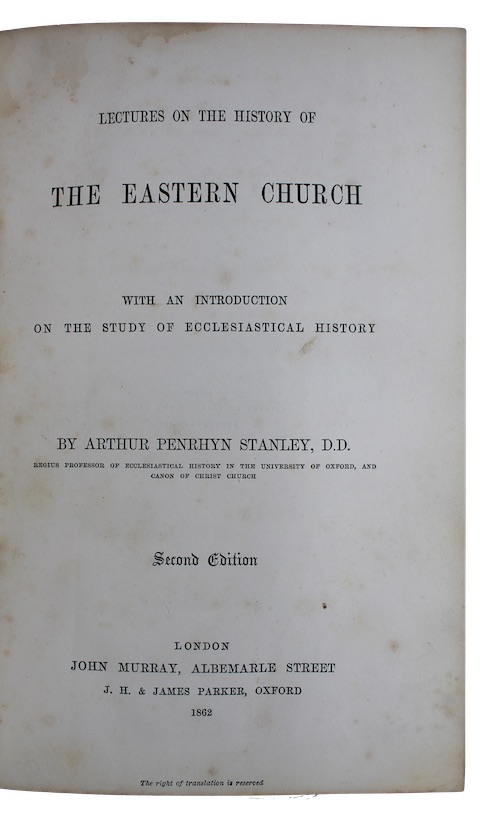 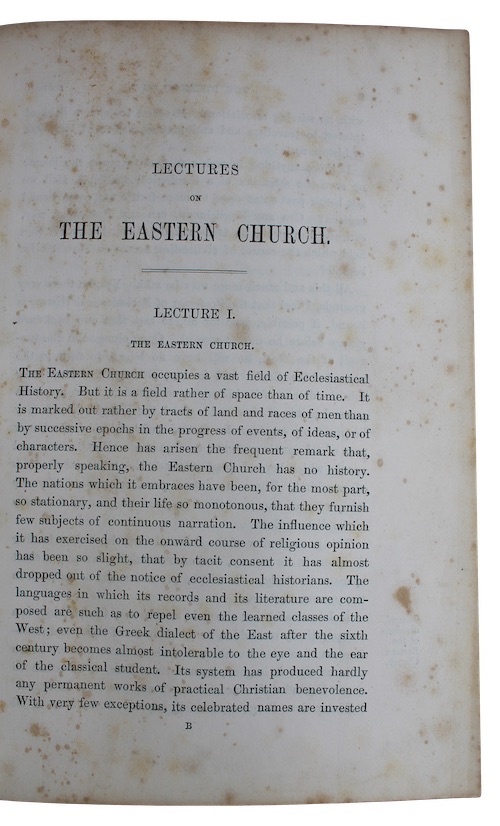 STANLEY, Arthur Penrhyn. Lectures on the history of the eastern church: with an introduction on the study of ecclesiastical history.

London. John Murray, 1862. Second edition.
Call us Email us
8vo. lxxxviii, 437pp, [1]. With an engraved folding map. Contemporary prize binding, gilt-tooled calf, contrasting red morocco lettering-piece, gilt supra libros of the Priory of St. Mary of Cartmel to upper board, marbled endpapers. Extremities rubbed. Marbled endpapers, inked prize inscription to front blank fly-leaf, heavily foxed.
Church of England clergyman Arthur Penrhyn Stanley's (1815-1881) popular work dealing with the church's history in the East down to the advent of Muhammad and the history of the Russian church from its foundation to his own time. The book was derived from a series of lectures delivered by Stanley as the chair of ecclesiastical history at the University of Oxford.
£ 50.00 Antiquates Ref: 23223
This site uses cookies.Find out more.