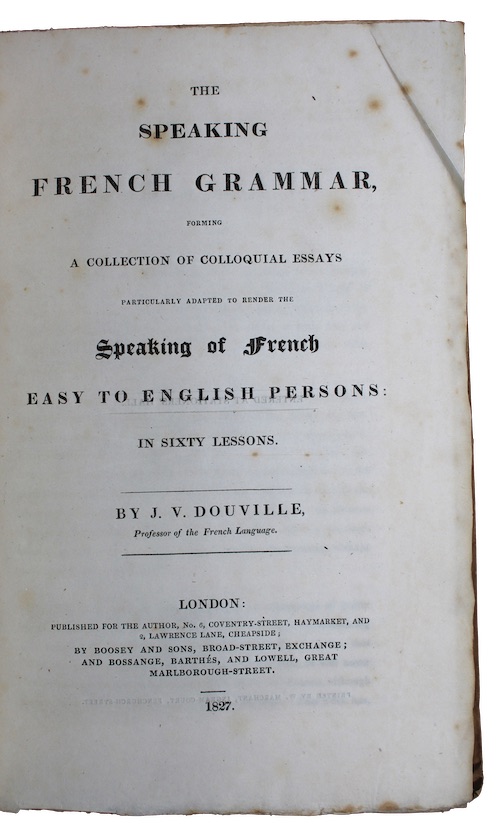 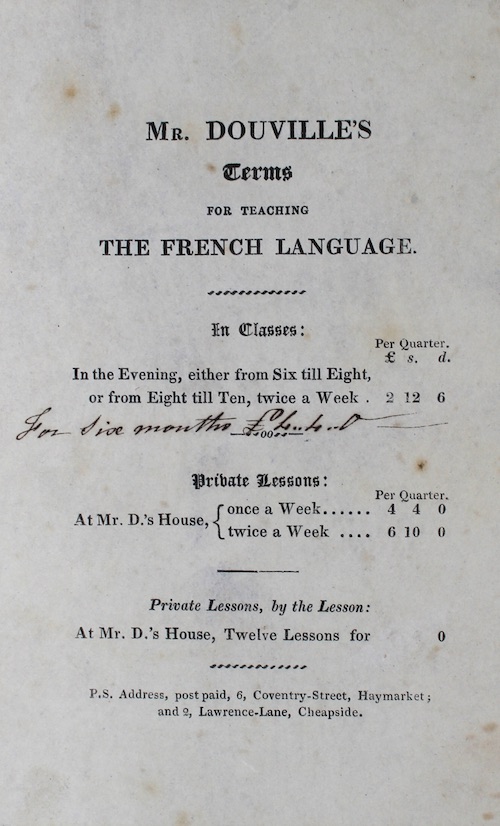 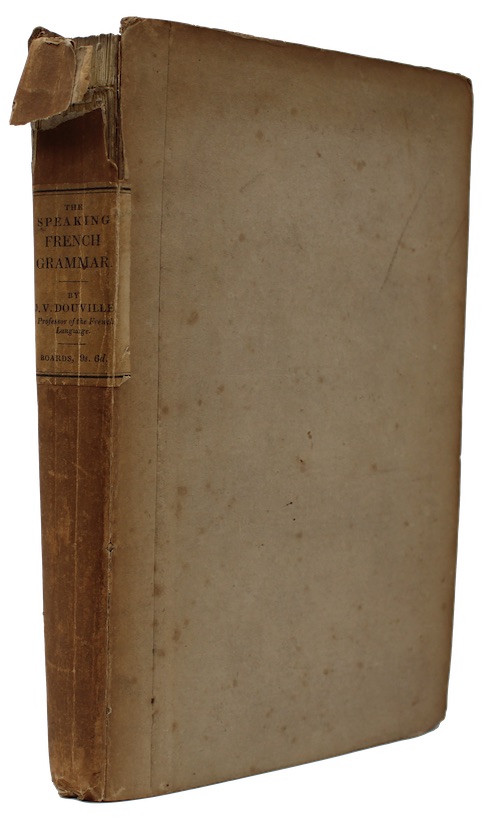 London. Published by the Author...by Boosey and Sons et al., 1827.
Call us Email us
8vo. x, [2], 412pp. Uncut in original publisher's drab paper boards, printed paper lettering-piece. Rubbed and browned, loss and tearing to head of spine, joints split. Contemporary printed advertisement for 'Mr. Douville's Terms for teaching the French language' pasted to FEP, occasional spotting.
The first single volume (revised) edition, in original state, of language tutor J. V. Douville's popular French grammar, initially published in two volumes in 1824. Presented in four parts (orthography, etymology, syntax, and prosody), comprising a total of sixty lessons, the work is designed to 'afford the student, from his first introduction to the language, an opportunity of acquiring a useful collection of phrases necessary for conversation'. The 'essays', according to the author's prefatory remarks, 'may be considered as an index to conversation; and it is presumed they will be found sufficiently elucidative of all the French idioms, and replete with those variations and delicacies of expression which so frequently occur in the polite circles in the capital of France, thereby enabling the pupil not only to bear his part in the conversation of persons of intelligence and fashion, but to have a full relish for the beauties of French authors'.
£ 250.00 Antiquates Ref: 23329
This site uses cookies.Find out more.