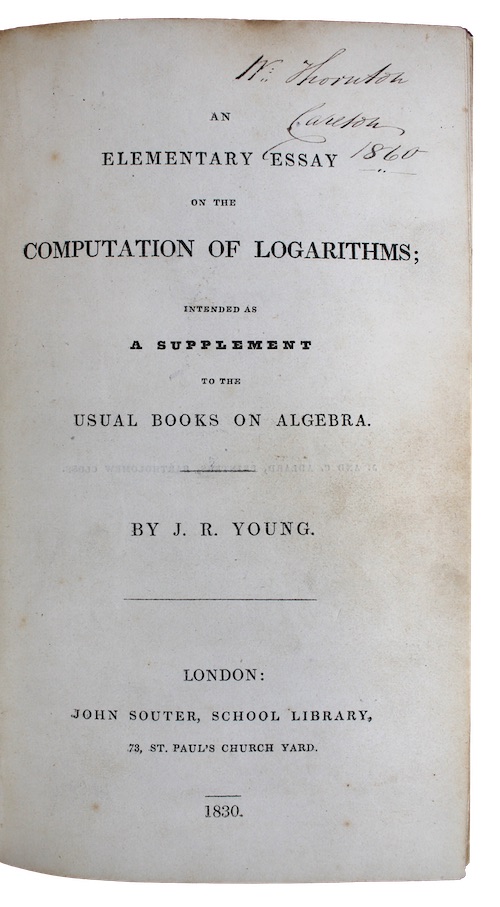 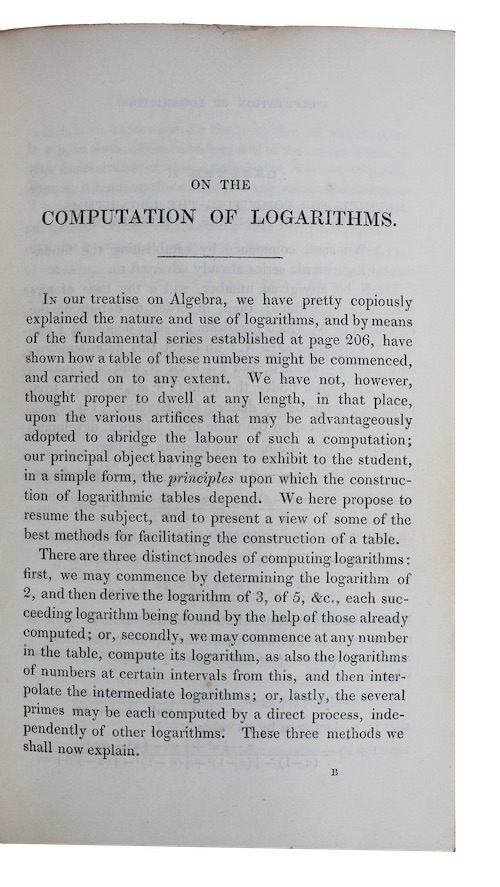 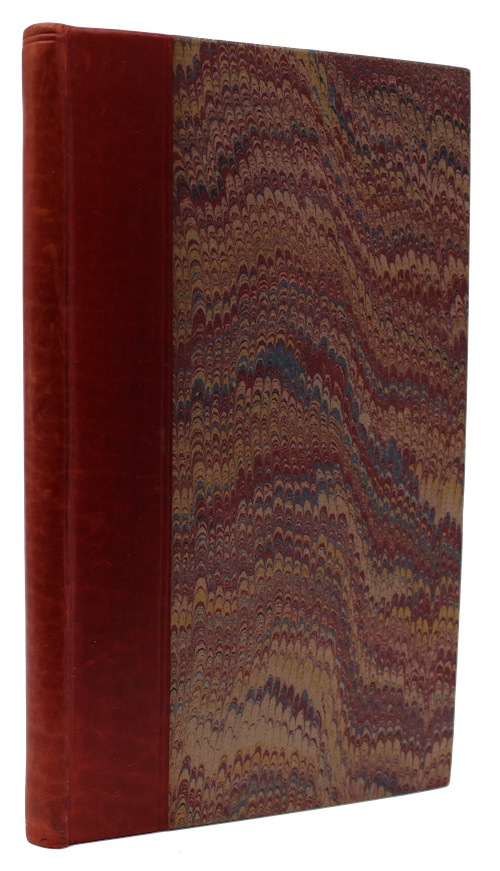 YOUNG, J[ohn] R[adford]. An elementary essay on the computation of logarithms; intended as a supplement to the usual books on algebra.

London. John Souter, 1830. First edition.
Call us Email us
12mo. iv, 69pp, [3]. With a final leaf of publisher's advertisements. Recent red calf-backed marbled boards. Light shelf-wear. Book-label of Erwin Tomash to FEP, early inked ownership inscription to head of title page.
John Radford Young (1799-1885) was a self-educated mathematician from a humble London background. In 1823, he published a test on algebra dedicated to O. G. Gregory, with whom he had studied. In 1833,Young was appointed professor of mathematics at Belfast College, but he was refused reappointment on religious grounds in 1849.

This slim volume is a supplement to Young's earlier algebra text of 1823. It assumes that logarithms are well known and proceeds to describe three different ways of computing a table: computing logs for prime numbers, computing them via difference methods and the direct computation of individual logarithms.

This volume is interesting in that it illustrates the state of table-making science at the time that Charles Babbage was producing his tables of logarithms and his Difference Engine and was about to start on his Analytical Engine.

From the recently dispersed library of Erwin Tomash (1921-2012), American engineer recognised for his early pioneering work with computer equipment peripherals. His library consisted of over 3,000 books and manuscripts relevant to the history of computation, from medieval and renaissance works on arithmetic, finger-reckoning and the abacus, to the birth in the twentieth century of theoretical and practical computer science under Alan Turing.
Tomash Y6.
£ 150.00 Antiquates Ref: 23412
This site uses cookies.Find out more.