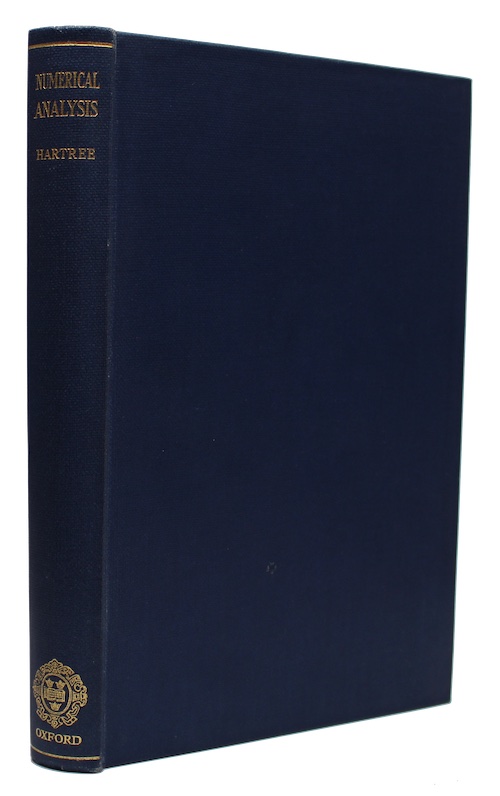 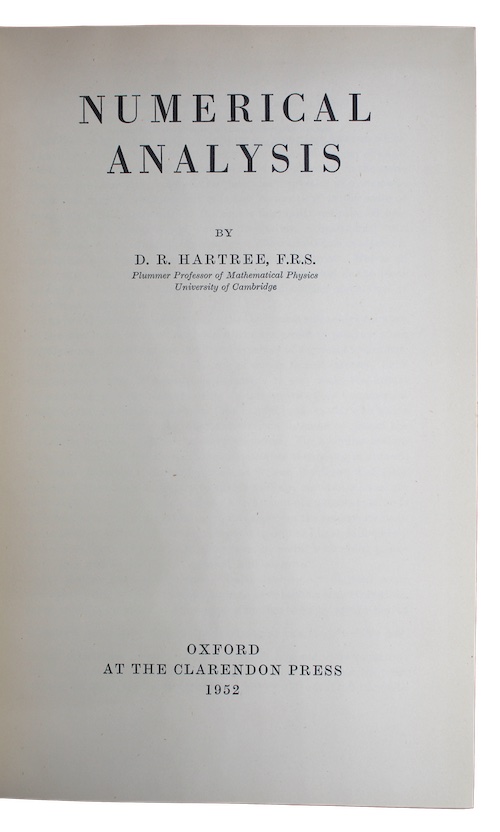 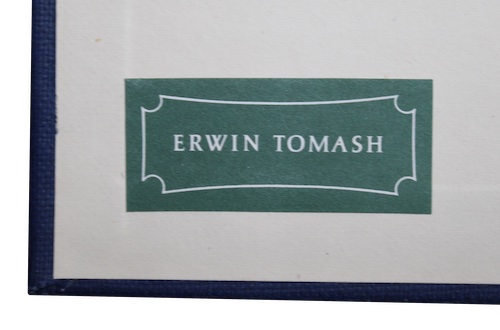 Oxford. Clarendon, 1952. First edition.
Call us Email us
8vo. xiv, 287pp, [1]. Original publisher's navy cloth, lettered in gilt. Minor shelf-wear. Book-label of Erwin Tomash to FEP.
The first edition of mathematician and physicist Douglas Rayner Hartree's (1897-1958) textbook written at the dawn of the computer era. It is a traditional pre-computer text in that it includes the tools of desk calculators, tables, slide rules, etc. However, it does rank as a turning point in that Hartree includes a final chapter on the organisation of calculators for an automatic machine.

From the recently dispersed library of Erwin Tomash (1921-2012), American engineer recognised for his early pioneering work with computer equipment peripherals. His library consisted of over 3,000 books and manuscripts relevant to the history of computation, from medieval and renaissance works on arithmetic, finger-reckoning and the abacus, to the birth in the twentieth century of theoretical and practical computer science under Alan Turing.
Tomash H 38.
£ 50.00 Antiquates Ref: 24006
This site uses cookies.Find out more.