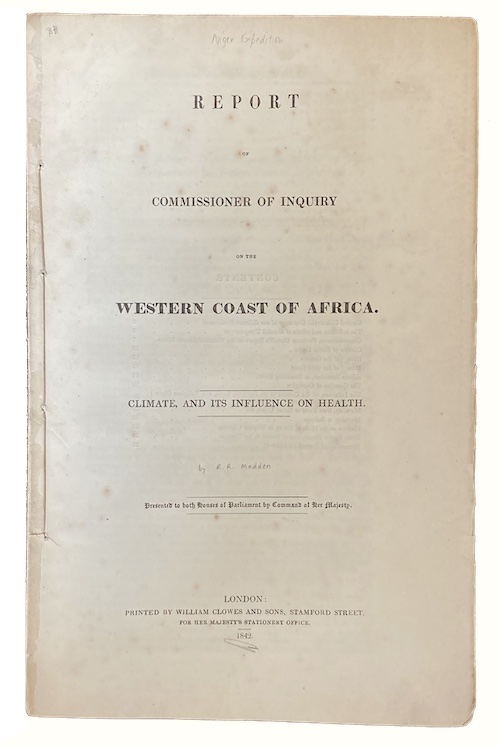 [WESTERN AFRICA]. Report of commissioner of inquiry on the western coast of africa. Climate, and it's influence on health.

London. Printed by William Clowes and Sons, 1842. First edition.
Call us Email us
Folio. 46pp. Stitched, as issued. Slight chipping to fore-edge of title page, occasional spotting.
An apparently unrecorded report of Her Majesty's Commissioner on the state of the British Settlements on the Western Coast of Africa, specifically regarding the climate of the Gold Coast, Sierra Leone, and Gambia, and its relation to the health of residences in those areas, such as the detrimental effects of high temperatures, and the spread of dysentery and fever.
£ 375.00 Antiquates Ref: 24365
This site uses cookies.Find out more.