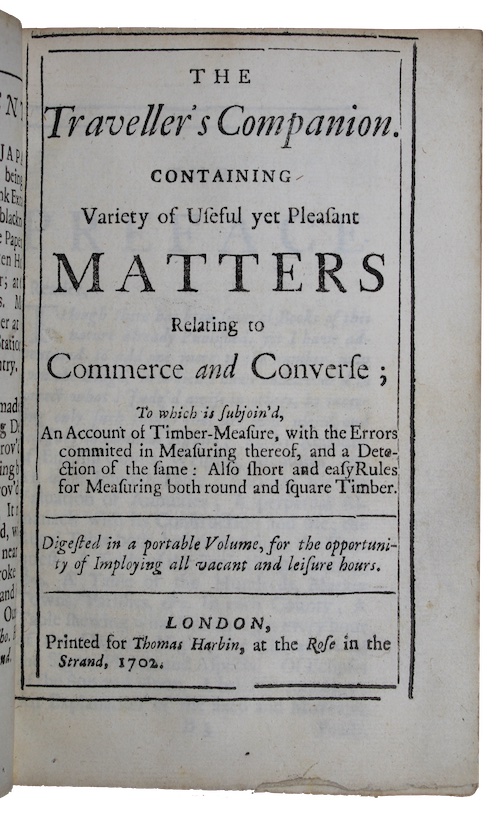 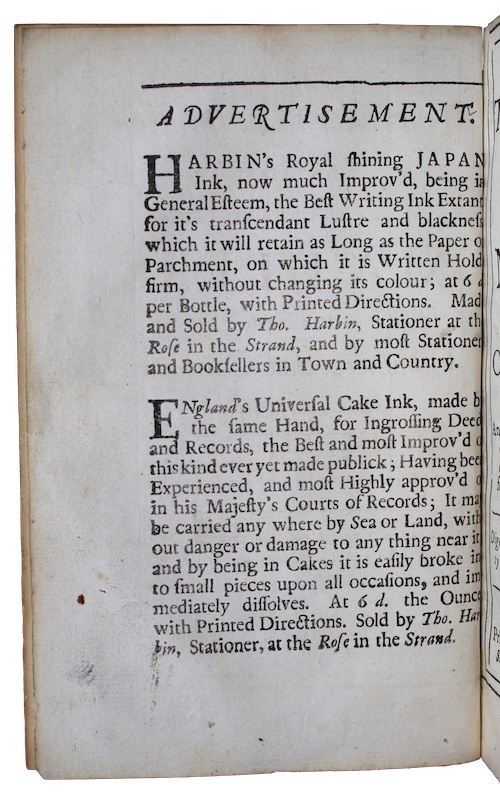 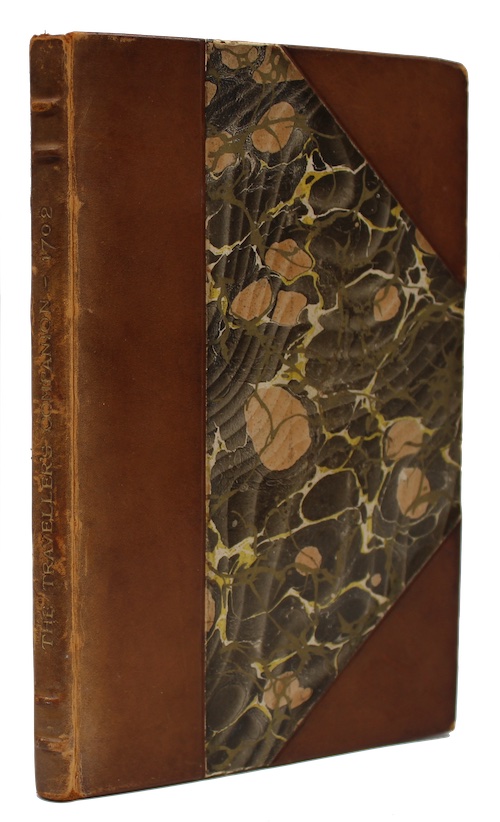 London. Printed for Thomas Harbin, 1702. First edition.
Call us Email us
8vo. [6], 7, [3], 17-67pp, [1]. With an initial leaf of publisher's advertisements. Text complete despite erratic pagination. Later half-calf, marbled boards, lettered in gilt, T.E.G. Extremities lightly rubbed. Internally clean and crisp.
A remarkably rare survival of the sole edition of a curiously disjointed early eighteenth-century vade mecum for the use of travellers in England and Wales. The compiler, London- based bookseller and stationer Thomas Harbin (d. 1737), states in his overly apologetic prefatory remarks that he has endeavoured in include 'only such things that are most useful and necessary to common Affairs'. From the contents of the book his definition of 'necessary' appears somewhat vague; in addition to the usual fare to be found in contemporary publications of this kind, an account of English coinage, weights, and measures, a register of market towns, tables of celestial orbits and so forth, Harbin includes, what would appear to be, a unique 'Perpetual Almanack' that sets the beginning of the year as March 1st and is seemingly devoid of practical application and of little use beyond calculating (in a rather complicated fashion) the days on which certain dates will fall. Further to this is a brief, and entirely erroneous description of the cause of earthquakes, abruptly followed by a utilitarian guide to the measuring of timber - the extent to which these additions would prove convenient to any traveller not employed in lumber sales or plying a trade as an itinerant seismologist is a matter of conjecture.