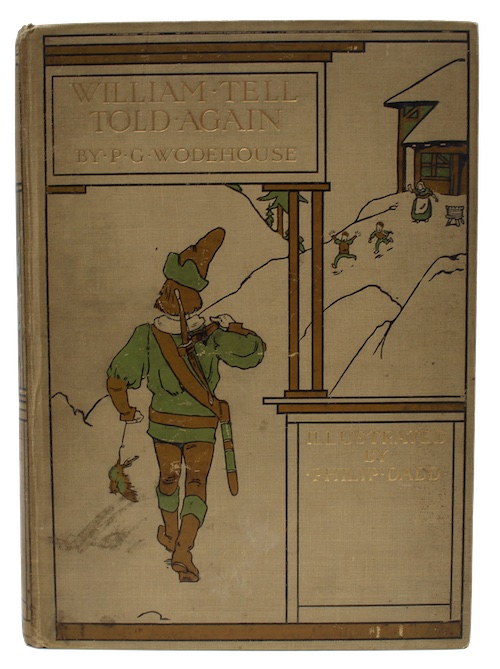 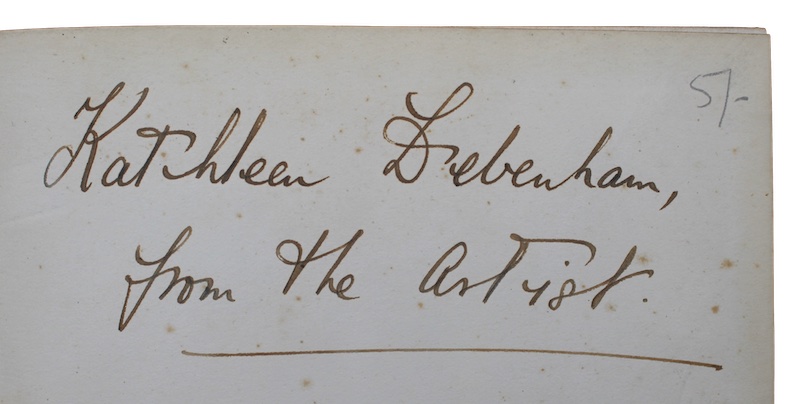 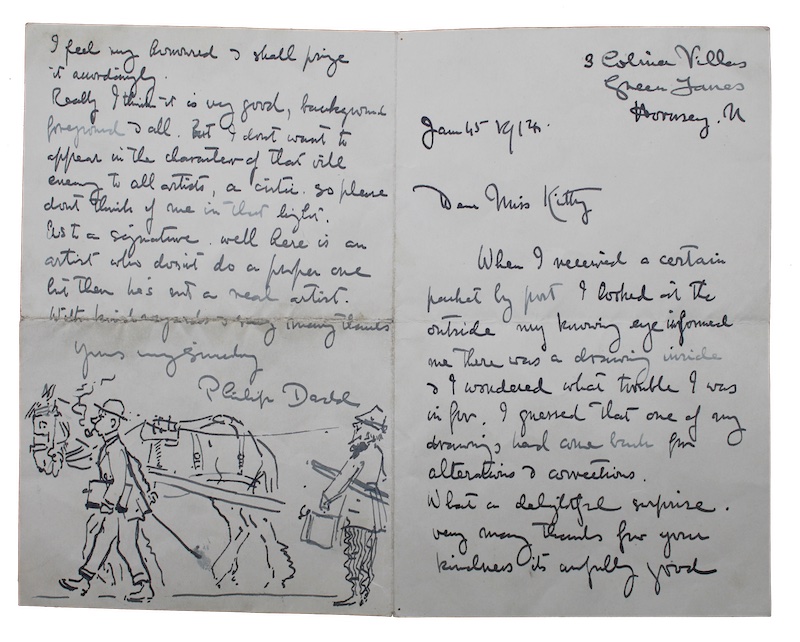 INSCRIBED BY THE ILLUSTRATOR

London. Adam and Charles Black, 1904. First edition.
Call us Email us
Quarto. [8], 105pp, [3]. Without the (rarely seen) dustwrapper. With a colour frontispiece and a further 15 colour plates. Original publisher's pictorial cloth, lettered in gilt, T.E.G. Lightly rubbed and marked. Scattered foxing. Presentation copy from the illustrator Philip Dadd, inked inscription to recto of FFEP: 'Kathleen Debenham / from the artist'. With two letters in his hand loosely inserted, one with an original drawing, the other from his army camp in Wiltshire dated 25th January 1916.
A presentation copy of the first edition, first issue (without publisher's address in the imprint), of Wodehouse's charming reimagining of the legend of William Tell. The accompanying illustrations were executed by renowned British artist Philip Dadd (1880-1916), nephew of both the fairy painter Richard Dadd (1817-1886) and children's book illustrator Kate Greenaway (1846-1901). In 1915, Dadd enlisted with the 16th Battalion, the London Regiment. He was killed in action in France on 2nd August 1916, seven months after sending one of the letters here present.
£ 1,500.00 Antiquates Ref: 24565
This site uses cookies.Find out more.