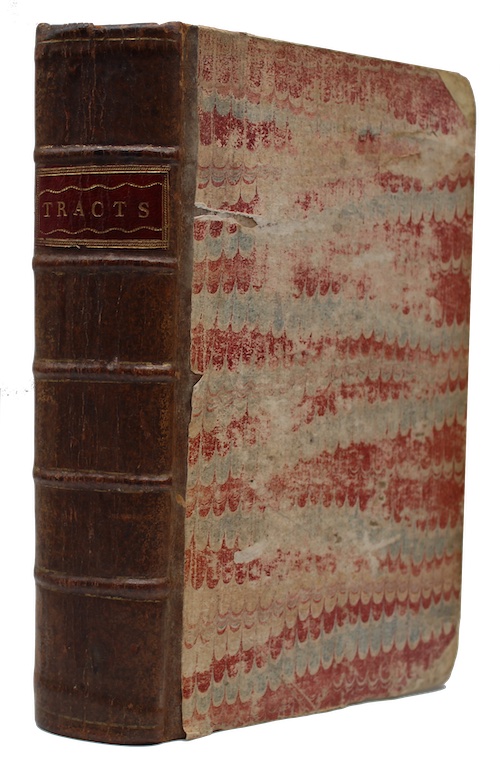 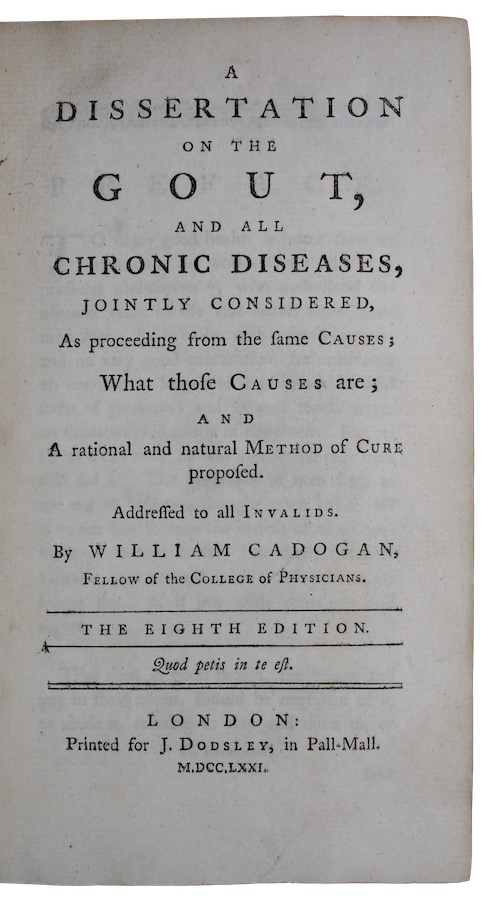 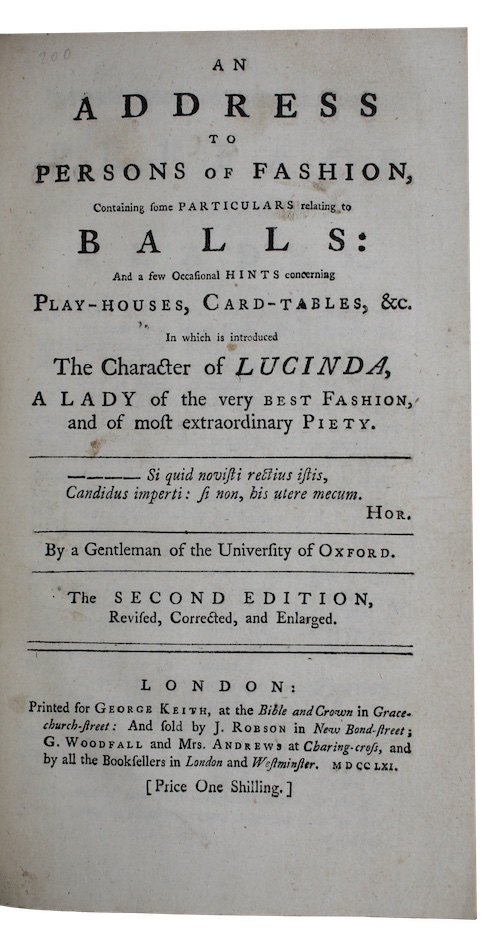 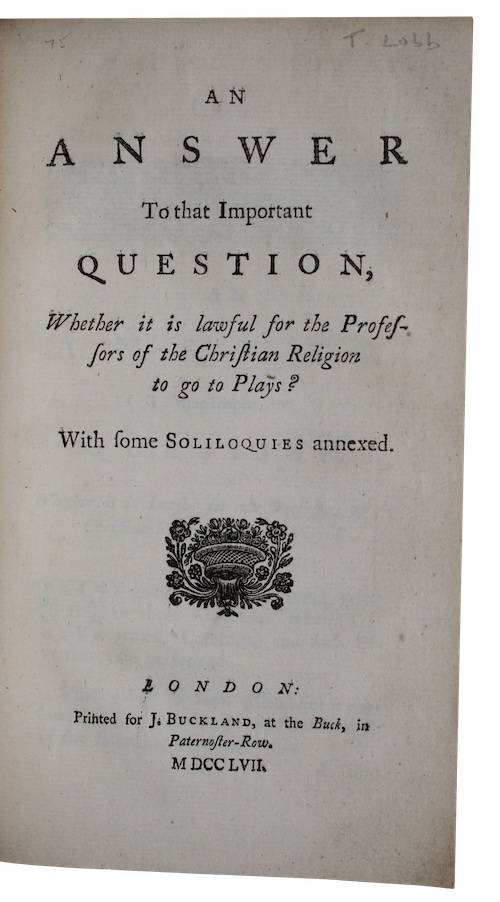 CADOGAN, William. A dissertation on the gout, and all chronic diseases, jointly considered, As proceeding from the same Causes; What those Causes are; and A rational and natural Method of Cure proposed. Addressed to all Invalids.

[Bound with:] WILLIAMS, J[ohn]. Advice to People afflicted with the Gout: containing practical observations upon The Treatment of Patients in the different Stages of that Disorder; and The Means of preventing those severe Paroxysms, which are so terrible to the Human Species. London. Printed for T. Becket, 1774. First edition. [4], 86pp, [2]. With a half-title and a final leaf of publisher's advertisements. ESTC N14640.

[And:] HART, Richard. The Importance of the Word of God. Being the substance of two sermons, lately preached In the Parish-Church of St. George, Glocestershire. Bristol. Printed by William Pine, 1766. First edition. 74pp. ESTC T127144.

[And:] A GENTLEMAN OF THE UNIVERSITY OF OXFORD. [HILL, Richard, Sir]. An address to persons of fashion, Containing some particulars relating to balls: And a few Occasional hints concerning Play-houses, Card-tables, &c... London. Printed for George Keith, 1761. Second edition. 58pp. ESTC T89192.

[And:] [LOBB, Theophilus]. An answer To that Important question, Whether it is lawful for the Professors of the Christian religion to go to Plays? With some Soliloquies annexed. London. Printed for J. Buckland, 1757. First edition. [2], 32pp, [2]. Without half-title. With a final leaf of publisher's advertisements. ESTC T130089.

William Cadogan's immensely popular dissertation on the causes and treatment of gout; a controversial text attacked by several of his medical contemporaries for the view that gout is not hereditary, and, in common with most chronic diseases, arises from indolence and intemperance. Widely read, the work reached an eleventh edition within two years.

A rare survival of religious controversialist Sir Richard Hill's (1733-1808) essay denouncing dancing parties and gambling as unchristian, confessing 'with shame and sorrow' that a few years ago he was a great frequenter of the latter.

The sole edition of physician and nonconformist minister Theophilus Lobb's (1678–1763) succinct polemic proclaiming that clergymen should under no circumstances attend theatre performances.

ESTC records copies of the third mentioned work at two locations in the British Isles (BL and Oxford), and one further location in North America (Huntington).

All editions of the sixth mentioned work are scarce, with the present second being no exception, ESTC records copies at two locations in the British Isles (BL and Lambeth, and further three in North America (Harvard, Huntington, and NYPL).