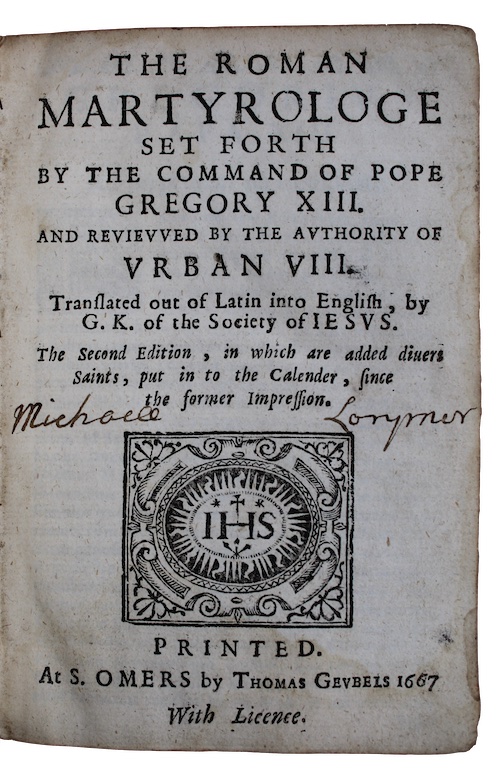 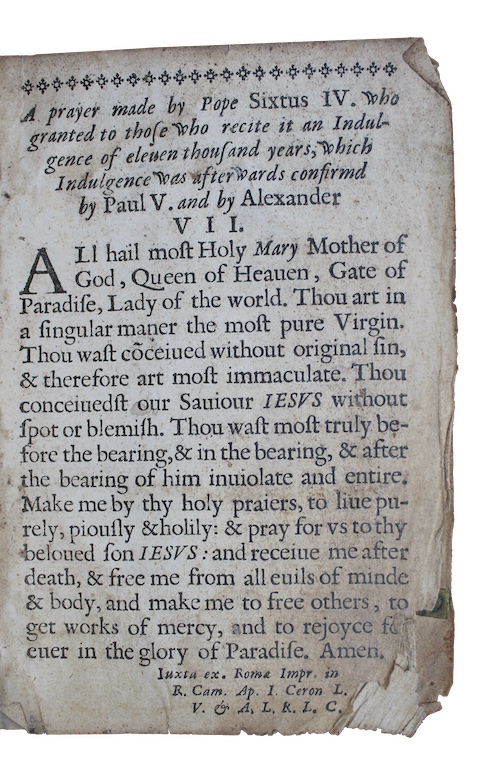 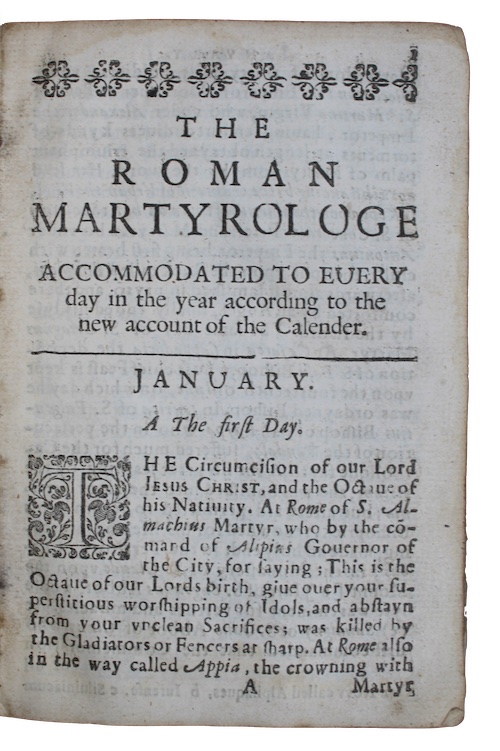 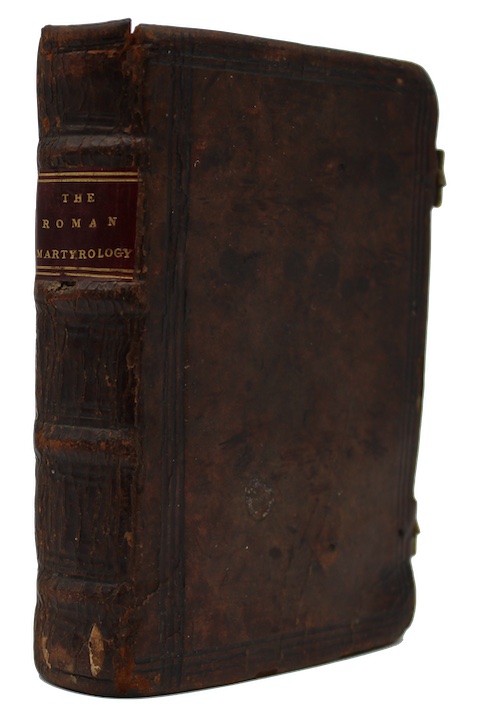 WITH AN ADDITIONAL HAIL MARY LEAF

[KEYNES, George?]. The roman martyrologe set forth by the command of pope gregory xiii. and reviewed by the authority of urban viii. Translated out of Latin into English, by G.K. of the Society of Jesus.

St. Omers. Thomas Geubels, 1667. The Second Edition, in which are added diverse Saints, put in to the Calender, since the former Impression.
Call us Email us
Small 8vo. [18], 376pp, [2]. Without the blank +10, but with an additional leaf inserted at end, after Aa4, headed 'A prayer made by Pope Sixtus IV. Who' and featuring the Hail Mary to recto, with a blank verso, not recorded by Wing. Contemporary (treble) blind-ruled calf, later red morocco lettering-piece, gilt, with original metal clasps. Rubbed and slightly worn, with some crackling and creasing to surfaces, tear to head of spine. Some marking to endpapers and occasional creasing/marginal loss to text-block; crushed fly to G2r obscuring a few letters of text without loss of sense. With the early inscription of Michael Lorymer to title, and further early two-line manuscript note to Y5. From the recently dispersed library of Spetchley Parks, Worcs, without any indication of such.
A choice copy of a scarce English version of the Roman Catholic martyrology, or calendar of Saints, with an additional prayer leaf - which we have been unable to trace elsewhere - included, in a handsome contemporary binding.

The second edition, enlarged, of a recusant work first published in 1627, also in Saint-Omer. The translation of both the original and this second edition is generally attributed to George Keynes, a Jesuit, but almost certainly not the George Keynes (1628-1658), son of Edward Keynes of Compton Pauncefoot, referred to as a possible translator in ONDB.