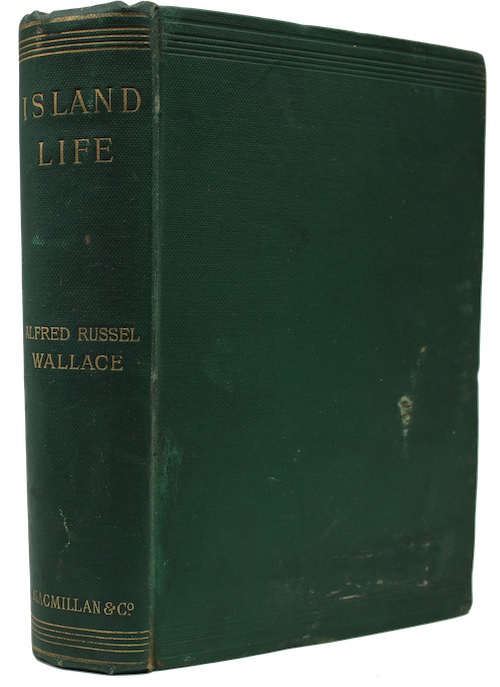 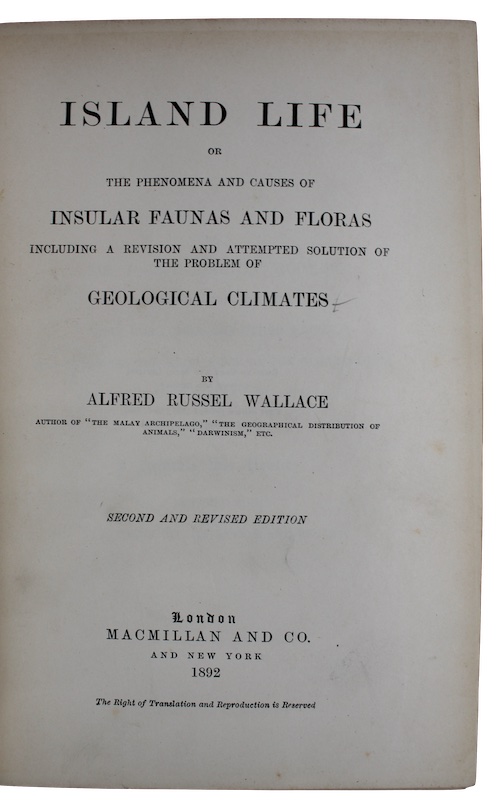 WALLACE, Alfred Russel. Island life or the phenomena and causes of insular faunas and floras including a revision and attempted solution of the problem of geological climates.

London. Macmillan and Co., 1892. Second and revised edition.
Call us Email us
8vo. xx, 563pp, [1]. With 26 engraved maps and illustrations. Original publisher's green cloth, ruled and lettered in gilt. Extremities rubbed, marked, scored, and cocked. Internally clean and crisp.
The revised edition of British naturalist, colleague of Charles Darwin, and fellow proponent of evolution, Alfred Russel Wallace's (1823-1913) study of the influence of the glacial epochs on the distribution patterns of organisms and the characteristics of island biogeography. The book includes the first theory of continental glaciation based on a combination of geographical and astronomical causes, a discussion of island classification, and a survey of worldwide island faunas and floras.
£ 125.00 Antiquates Ref: 24843
This site uses cookies.Find out more.