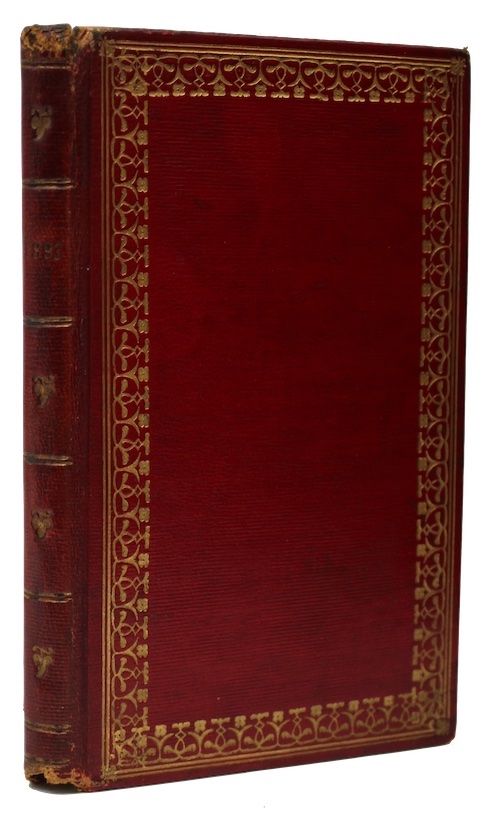 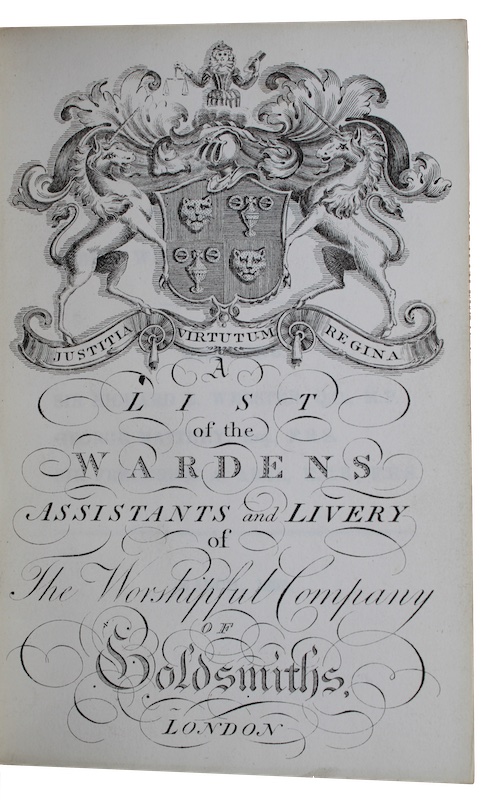 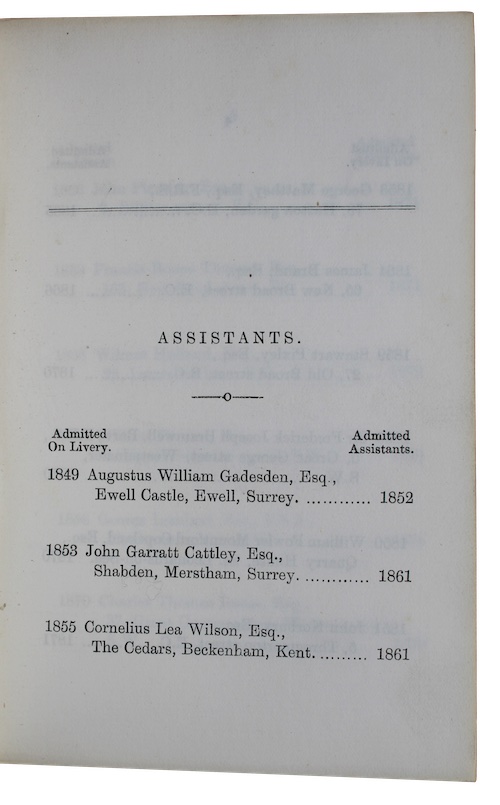 [GOLDSMITH'S COMPANY]. A list of the wardens, assistants and livery of the Worshipful Company of Goldsmiths, London.

[London]. [s.n.], [1893].
Call us Email us
8vo. [2], 44pp, [14]. With an engraved title page. Contemporary gilt-tooled red straight-grain morocco, A.E.G. A trifle rubbed, spine dulled. Ink-stamp of the Assay Office Library, Birmingham to recto of FFEP.
An apparently unrecorded edition of a list of the members of the Worshipful Company of Goldsmiths for 1893. This copy was once a part of the reference library of the Birmingham Assay Office.

The Worshipful Company of Goldsmiths, commonly known as the Goldsmiths' Company, is one of the Great Twelve Livery Companies of the City of London. The Company, which originates from the twelfth century, received a Royal Charter in 1327 and ranks fifth in the order of precedence of City Livery Companies. It was founded to regulate the craft or trade of the goldsmith, and has been responsible since 1300 for testing the quality of gold and silver.

The Birmingham Assay Office, one of the four assay offices in the United Kingdom, was founded in 1773 and to this day remains responsible for testing the purity of precious metals and issuing hallmarks of certification.
£ 375.00 Antiquates Ref: 24985
This site uses cookies.Find out more.