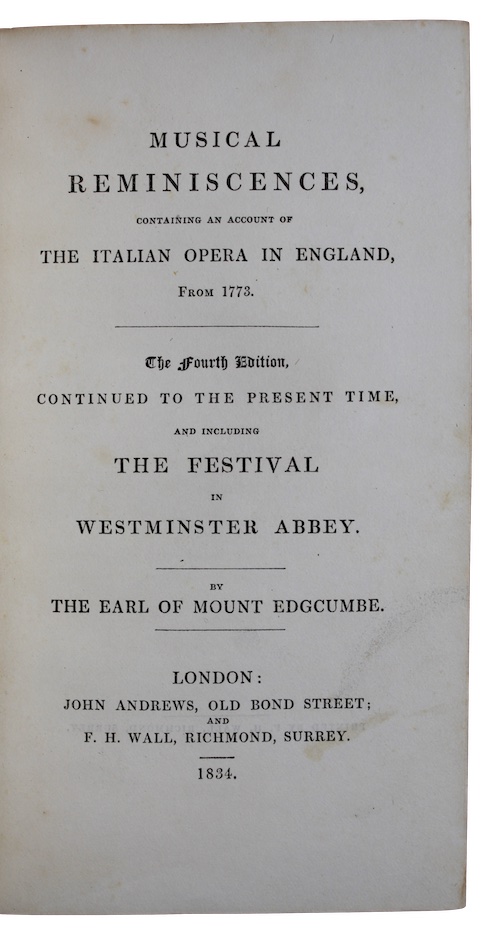 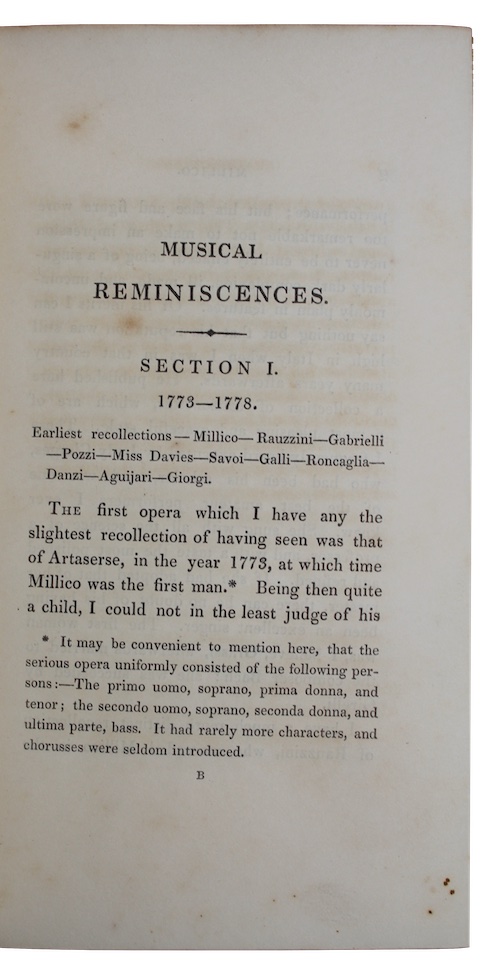 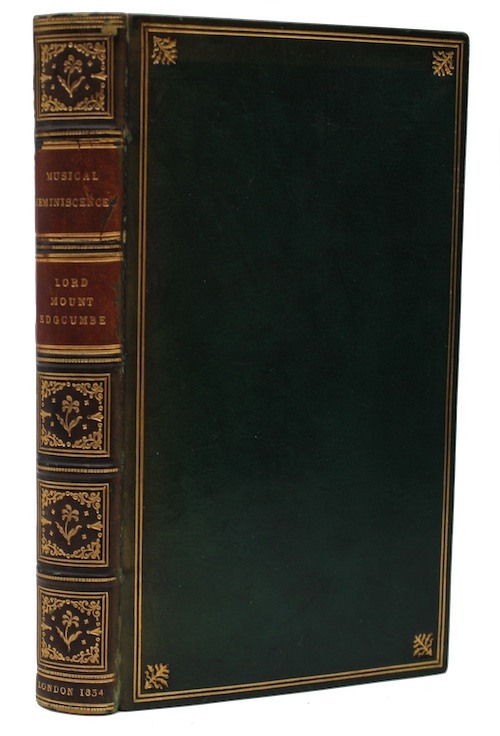 EDGCUMBE, [Richard], Earl of Mount-Edgcumbe. Musical reminiscences, containing an account of the Italian opera in England, From 1773...

London. John Andrews, 1834. Fourth edition.
Call us Email us
12mo. xvi, 294pp. Contemporary gilt-tooled dark green calf, contrasting red morocco lettering-pieces, A.E.G. A trifle rubbed, slight chipping to lettering-pieces. Marbled endpapers, armorial bookplate of Thomas Gaisford to FEP.
A handsome copy of a revised and expanded edition of Richard Edgcumbe, Earl of Mount- Edgcumbe's (1764-1839) authoritative history of the production of Italian opera in England from the late eighteenth-century up to the commemorative of Handel at the musical festival at Westminster Abbey in 1834. Originally written for private circulation, the book was published anonymously in 1825, and ran to two more editions under his own name. In this fourth and final edition, Edgcumbe comments on the decline in the standard of singing during the previous fifty years.
£ 200.00 Antiquates Ref: 25072
This site uses cookies.Find out more.