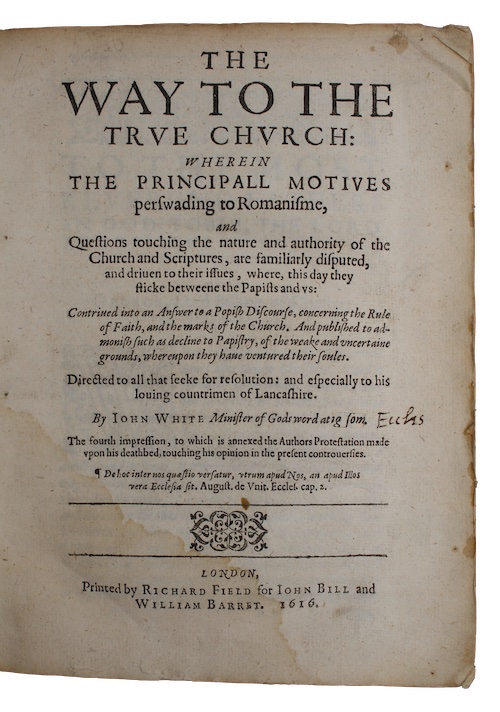 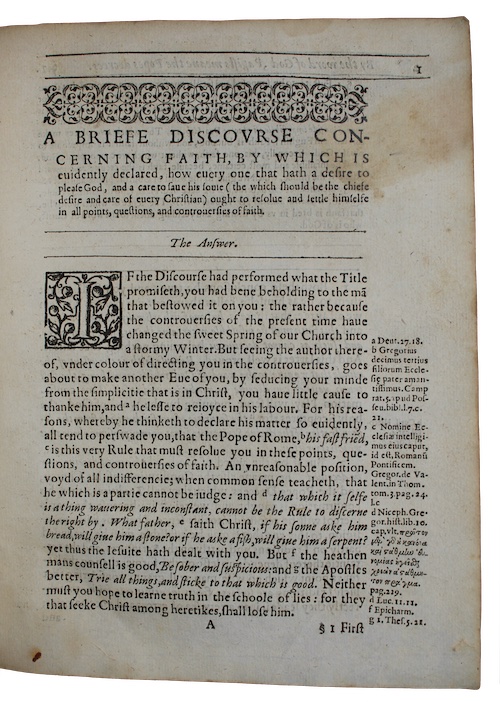 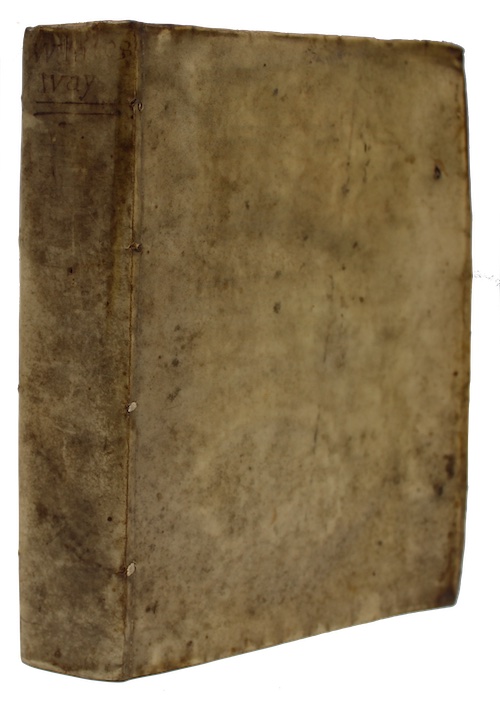 WHITE, John. The way to the true church: wherein the principall motives perswading to Romanisme, and questions touching the nature and authority of the Church and Scriptures, are familiarly disputed, and driuen to their issues, where, this day they sticke betweene the papists and vs contriued into an answer to a popish discourse, concerning the rule of faith, and the marks of the Church. And published to admonish such as decline to papistry, of the weake and vncertaine grounds, whereupon they haue ventured their soules...

London. Printed by Richard Field for John Bull and William Barret, 1616. Fourth impression.
Call us Email us
Quarto. [64], 456pp, [12]. Final (blank) leaf pasted to REP. Contemporary vellum, title in manuscript to spine. Extremities marked and discoloured. Pastedowns fashined from contemporary printer's waste, without free-endpapers, final word of author's attribution, 'Eccles', cut away from title and reinstated in an early manuscript hand, first two gatherings lightly damp-stained at foot, minute worm-trails to gutter, very occasional spotting.
The first posthumous edition, in original unsophisticated state, of Church of England clergyman John White's (1570-1615) magnum opus. A highly regarded polemicist against the Church of Rome, White indicates that his writings were pastoral endeavours to 'help the seduced out of their [Catholic] errors and confirm Protestants in the truth' (preface *3). The present work, first published in 1608, is a Calvinist defence of the reformed faith issued in response to Jesuit John Percy's (1569-1641) The Treatise of Faith (London, 1605). After subsequent replies by Percy in 1612 and 1614, White again took up his pen against the Jesuit with his Defense of the Way to the True Church (1614).
ESTC S119894, STC 25397.
£ 625.00 Antiquates Ref: 25126
This site uses cookies.Find out more.