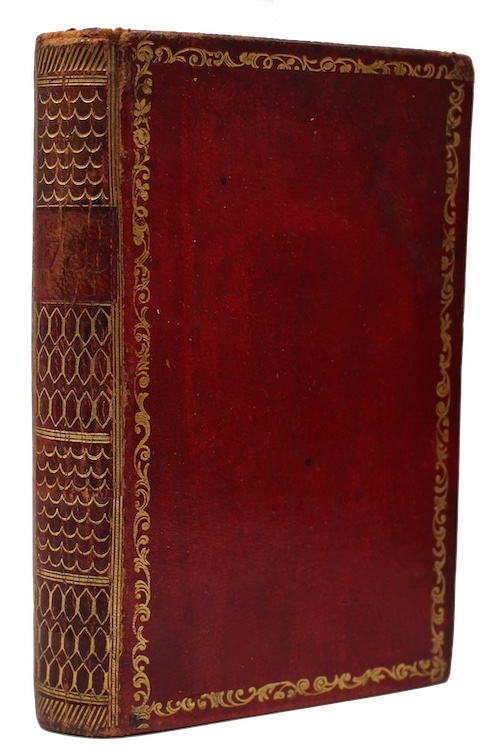 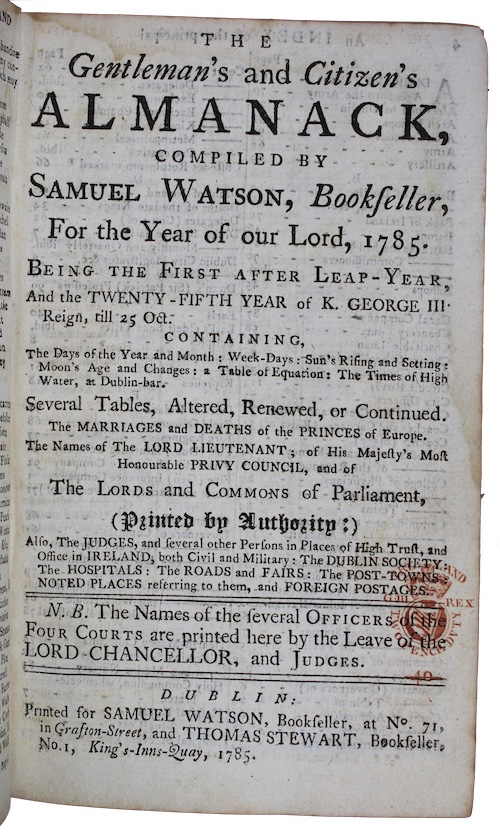 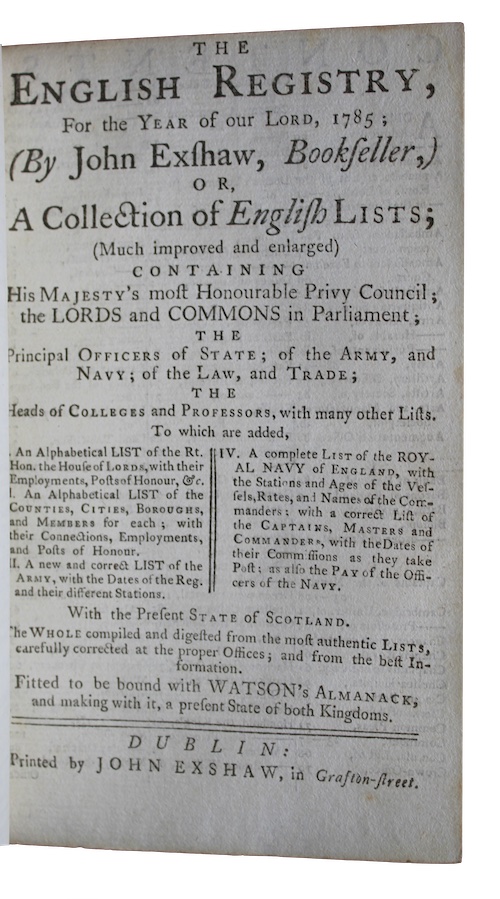 WATSON, Samuel. The Gentleman's and Citizen's almanack, compiled by Samuel Watson, Bookseller, For the Year of our Lord, 1785...

8vo. Contemporary gilt-tooled red morocco, A.E.G. Lightly rubbed and marked, without lettering-piece. Light damp-staining to head of text-block.
Two late eighteenth-century Dublin-printed almanacs designed to be issued together in order to give a complete account of 'the present state of both kingdoms'. The Gentleman's and Citizen's almanack was initially compiled by Irish bookseller John Watson and first printed in 1729. It was issued under his name until 1769; whereafter his successor, Samuel Watson, continued the run through to 1799, with the exception of years 1795 to 1798 when John Watson Stewart assumed responsibility, becoming the sole compiler from 1800 onwards.
£ 250.00 Antiquates Ref: 25241
This site uses cookies.Find out more.