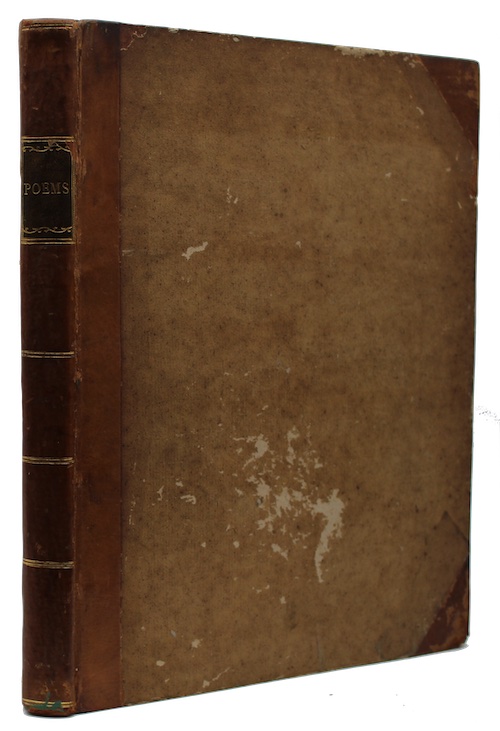 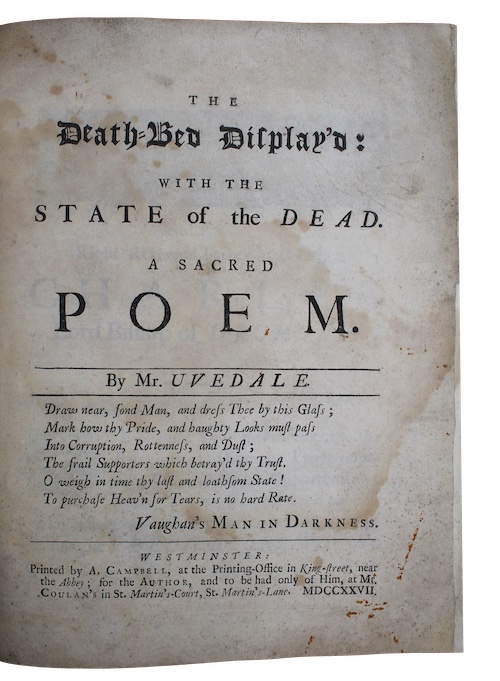 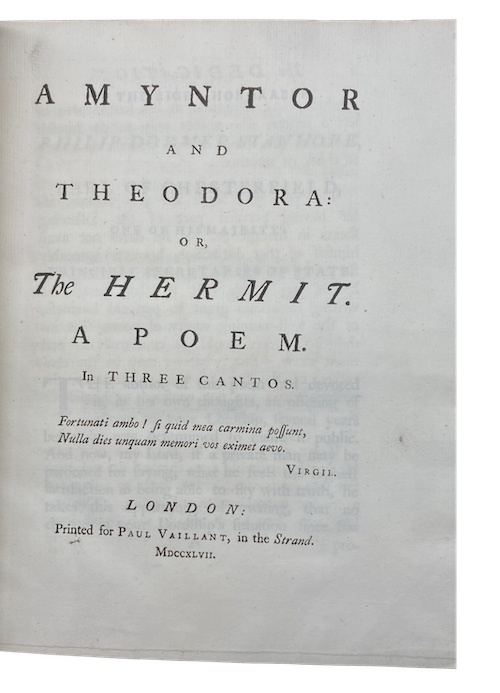 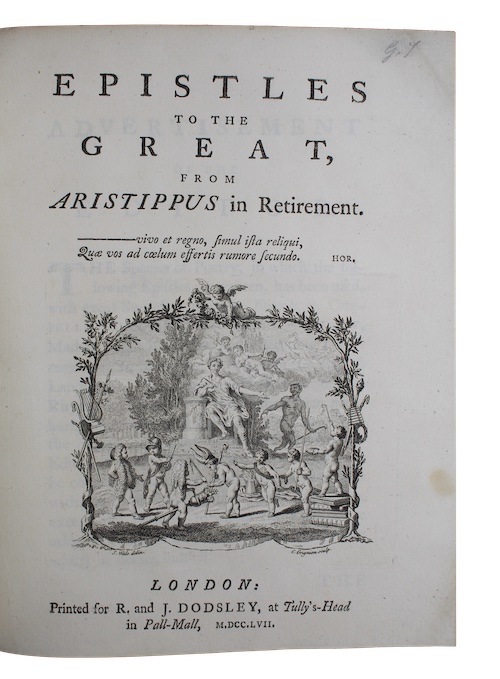 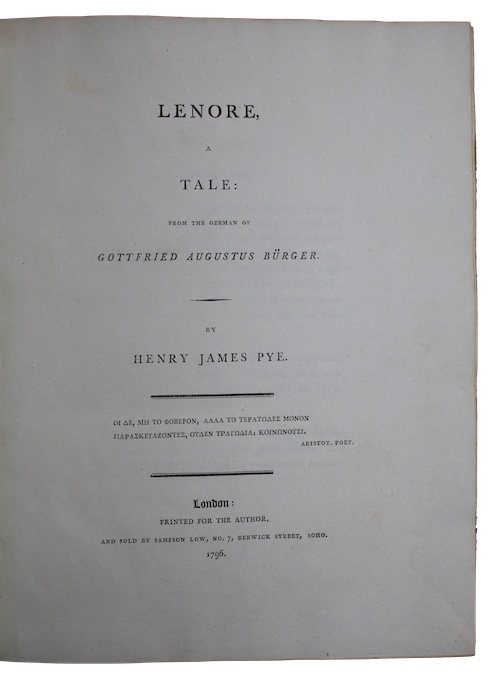 UVEDALE, [Thomas]. The Death-Bed Display'd: with the state of the dead. A sacred poem.

The volume also contains poet David Mallet's (1701/2?-1765) blank verse narrative Amyntor and Theodora, set on St Kilda and much indebted to Martin Martin's well-known description of that island from 1698. Mallet's poem, which he had originally conceived as a stage play, was sold to the booksellers for £120 (compared with £25 for The Excursion, a poem of comparable length, in 1728).

The final bound work, Epistles to the Great, from Aristippus in Retirement, by minor poet John Gilbert Cooper (1722-1769), is of little note except as a compositional curiosity, being composed in a French metre, introduced into English by Gilbert Cooper, in which octosyllabic couplets are interspersed irregularly among octosyllabic lines rhyming on different patterns.

ESTC records copies of the first mentioned work at only two locations in the British Isles (BL and Oxford) and a further three in North America (Harvard, Huntington, and Newberry). A variant edition, with a final leaf of errata, was published concurrently.
£ 1,250.00 Antiquates Ref: 25248
This site uses cookies.Find out more.