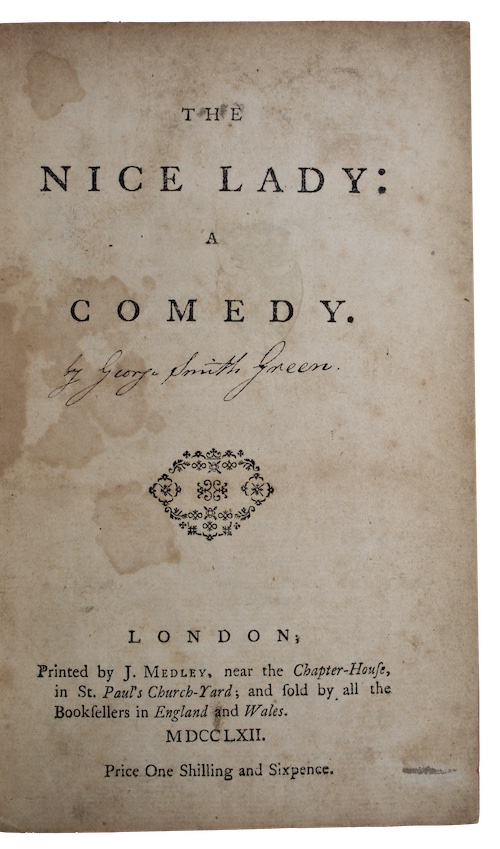 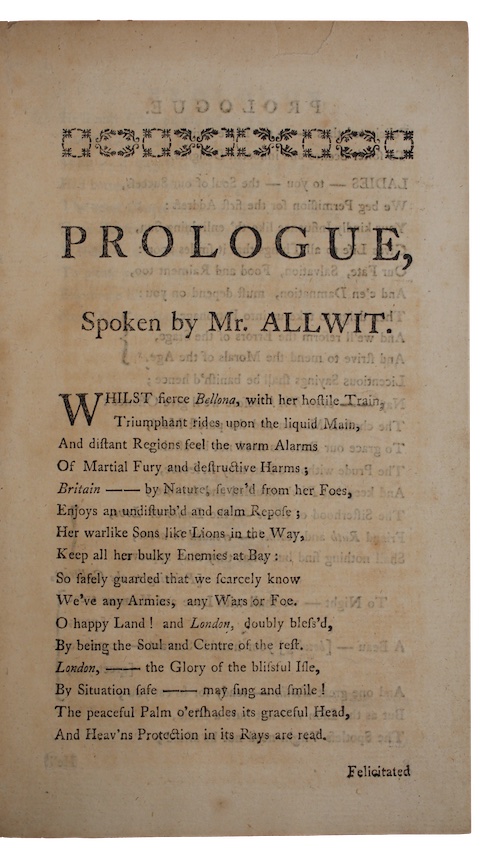 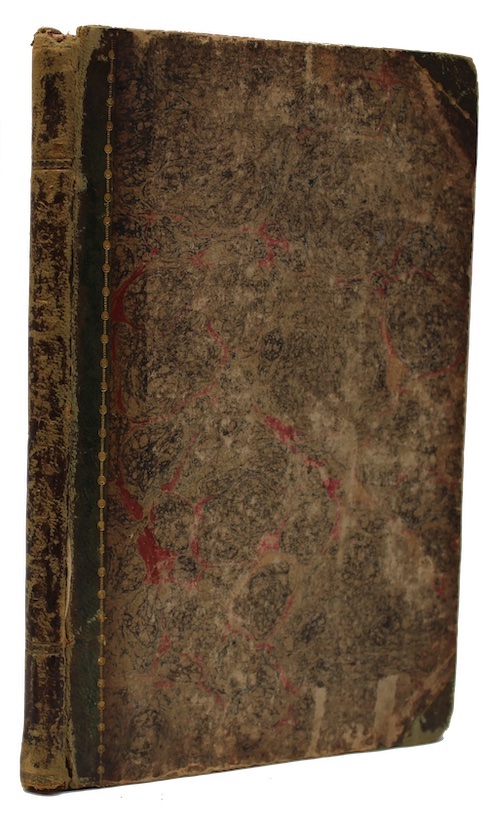 London. Printed by J. Medley, 1762. First edition.
Call us Email us
8vo. vi, [4], 107pp, [3]. Contemporary gilt-tooled green half-calf, marbled boards. Heavily rubbed, upper joint split, loss to head and foot of spine. Later manuscript notes regarding authorship to FEP and title page, foxed.
A rare survival of the sole edition of eccentric Oxford watchmaker (with rather misplaced literary aspirations) George Smith Green's (d. 1762) final published work, a five-act comedy of manners, seemingly never performed. In the preface to the play, Green states that being made aware of David Garrick's (1717-1779) intention to award the princely sum of one thousand guineas to a good comedy he set about completing the present work (half of the first having been written ten years prior) within six weeks. He duly submitted the manuscript to Garrick for approval, however: 'a Thousand Guineas being a weighty Sum, and what most folks would like much more than a M. S. of one Quire of Paper, no Favour was found, nor Prize to be obtained. He did not like it.'