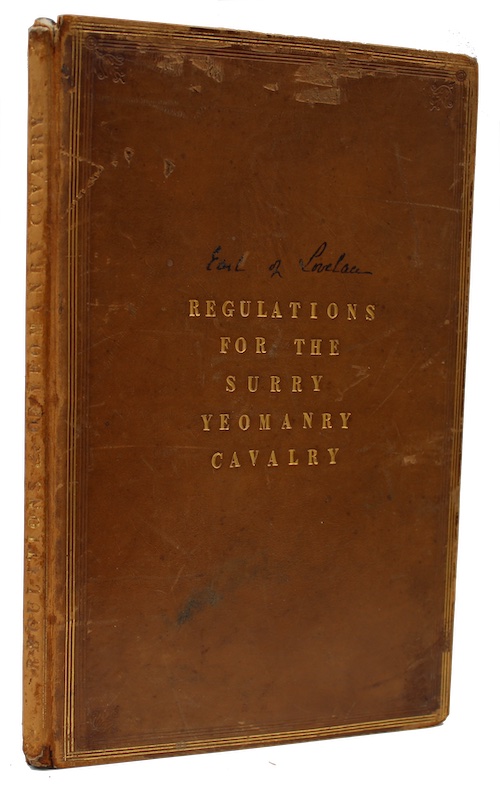 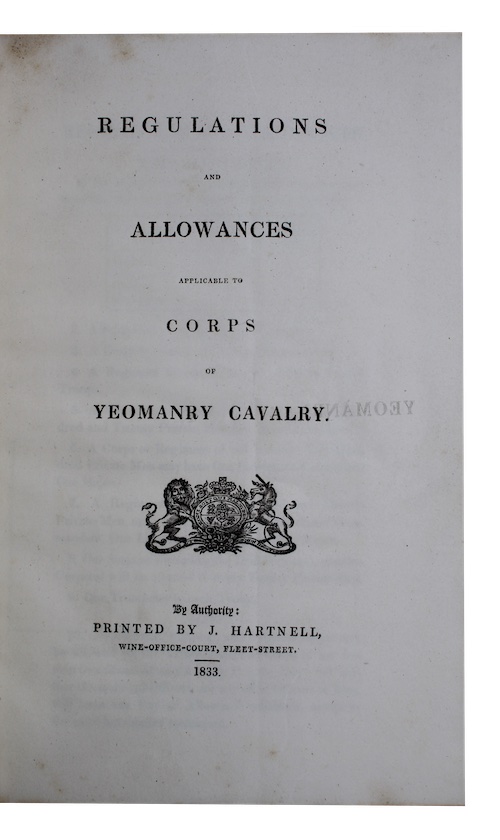 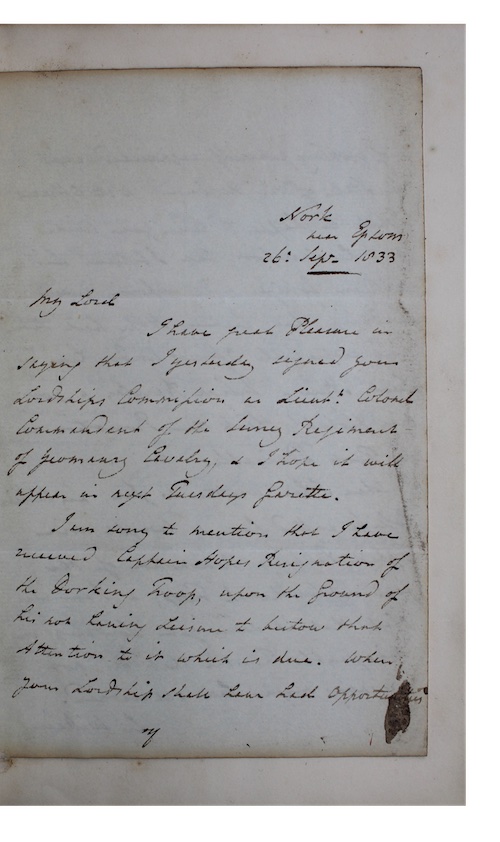 [London]. Printed by J. Hartnell, 1833.
Call us Email us
8vo. 20pp, [4]. Contemporary calf, tooled in blind, ruled and lettered in gilt, A.E.G. Inscribed to upper board 'Earl of Lovelace'. Rubbed, loss to head and foot of spine. Marbled endpapers, lightly creased and spotted. Autograph letter pasted to front blank fly-leaf, [8]pp of manuscript tables to rear blank fly-leaves listing the 'Return of the arms and accoutrements in possession of the Surrey Yeomanry Cavalry on 1 Jan. 1835', 'Return of the present enrolled and serving in the Surrey Yeomanry Cavalry commanded by the R. Hon. Col. William, Lord King', and 'Returns made to the Sec. of State on 1 April 1835 of the strength of the S.Y.C.' With a loosely inserted manuscript list of names.
The printed ordinances regarding the pay of members of the mounted component of the British Volunteer Corps; from the library of William King, eighth Baron King of Ockham (1805-1893), with autograph letter to Lord King confirming his commission as Lt. Colonel Commandant of the Surrey Regiment of Yeomanry Cavalry in 1833. In 1838, King was created the Earl of Lovelace on his marriage to Augusta Ada Lovelace (1815-1852), pioneering female scientist, computer programmer, and the only legitimate child of George Gordon, Lord Byron.
£ 500.00 Antiquates Ref: 25433
This site uses cookies.Find out more.