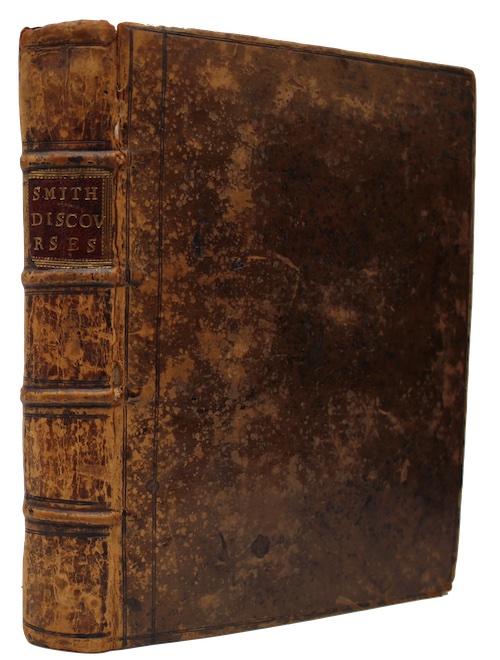 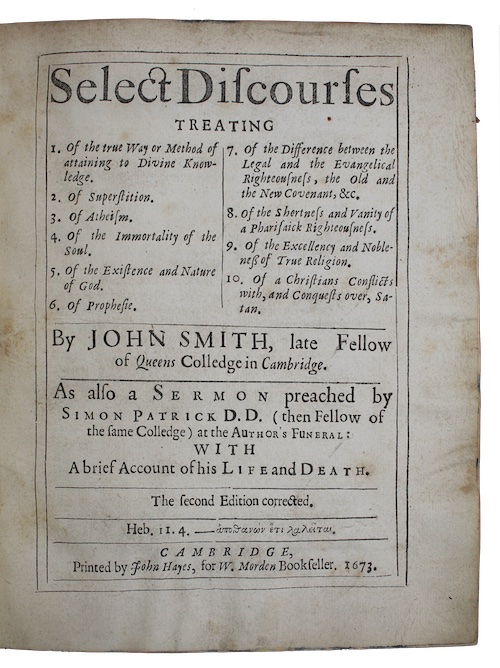 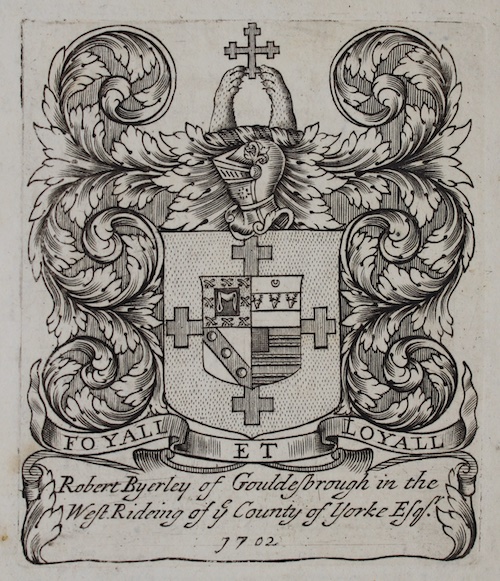 SMITH, John. Select Discourses treating 1. Of the true way or method of attaining to divine knowledge. 2. Of superstition. 3. Of atheism. 4. Of the immortality of the soul. 5. Of the existence and nature of God. 6. Of prophesie. 7. Of the difference between the legal and the evangelical righteousness, the old and the new covenant, &c. 8. Of the shortness and vanity of a pharisaick righteousness. 9. Of the excellency and nobleness of true religion. 10. Of a Christians conflicts with, and conquests over, Satan...

Cambridge. Printed by John Hayes, for W. Morden, 1673. Second edition, corrected.
Call us Email us
Quarto. xxx, [2], 512pp. Each section with divisional title page. Contemporary blind-ruled speckled calf, contrasting red morocco lettering-piece, marbled edges. Rubbed and sunned, upper joint split. Armorial bookplate of racehorse owner, army officer, and politician Robert Byerley of Goldsborough (bap. 1660, d. 1714) to verso of title page, with his inked inscription to recto of FFEP.
The revised edition of the only published work of Cambridge Platonist John Smith (1618-1662). First printed in 1660, the work was not prepared for press by Smith, but was edited by Church of England clergyman John Worthington (bap. 1618, d. 1671) from papers he left behind at his death. It was Worthington who presented the collection as a set of discourses on ten different topics: ranging from the brief discussions 'Of atheism' and 'Of superstition', to the more philosophical 'Of the existence and nature of God' and 'Of the true way or method of attaining divine knowledge'. Taken as a whole, the collection, which has been called a masterpiece of seventeenth-century prose, serves as a statement of Cambridge Platonism as a religious philosophy. According to Worthington, Smith's discourse 10, 'Of the Christians conflicts...over Satan', originated as a sermon against witchcraft sponsored by his college and delivered at Huntingdon.
ESTC R4804, WING S4118.
£ 325.00 Antiquates Ref: 25492
This site uses cookies.Find out more.