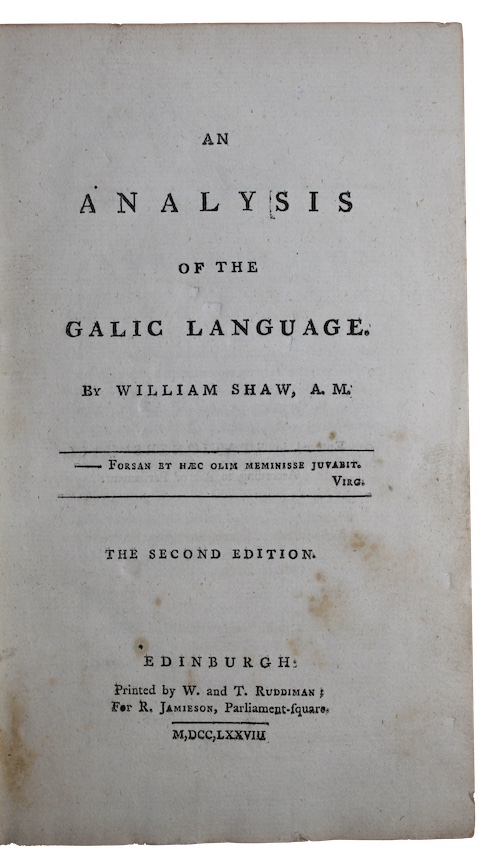 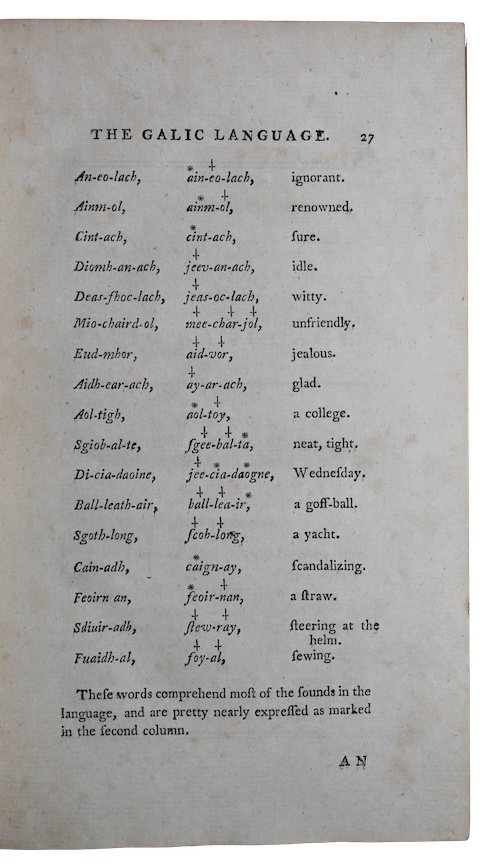 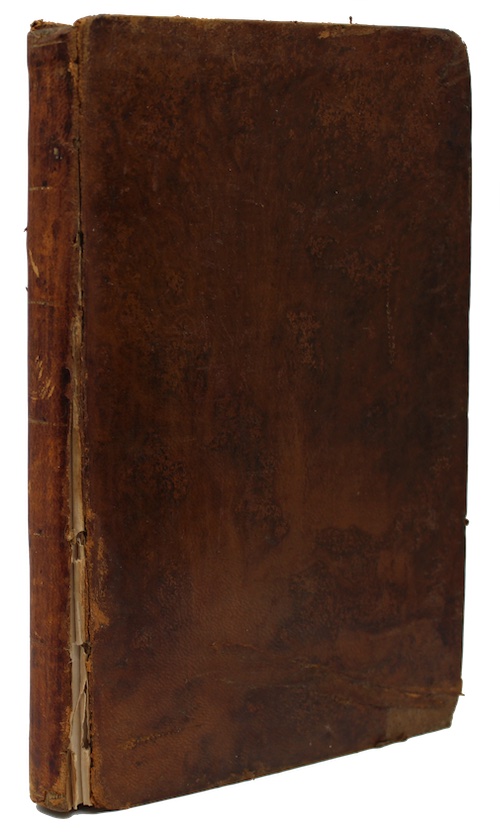 SHAW, William. An analysis of the galic language.

Edinburgh. Printed by W. and T. Ruddiman, 1778. Second edition.
Call us Email us
8vo. xviii, [1], 20-171pp, [1]. With a half-title. Contemporary gilt-ruled sheep. Extremities worn, joints split, loss to head and foot of spine. Very occasional chipping to margins, scattered foxing.
The first Edinburgh edition (printed in the same year as the first London edition) of Scottish grammarian and lexicographer William Shaw's (1749-1831) first published work. Shaw came to prominence through his friendship with Samuel Johnson, to whom he was introduced in London in 1774. Johnson, having seen the material in manuscript, encouraged Shaw to publish the present work. The book is considered by modern Gaelic scholarship as rather a rudimentary grammar, with no claim to distinction beyond its being the first published work of its kind.
ESTC T149618.
£ 150.00 Antiquates Ref: 25537
This site uses cookies.Find out more.