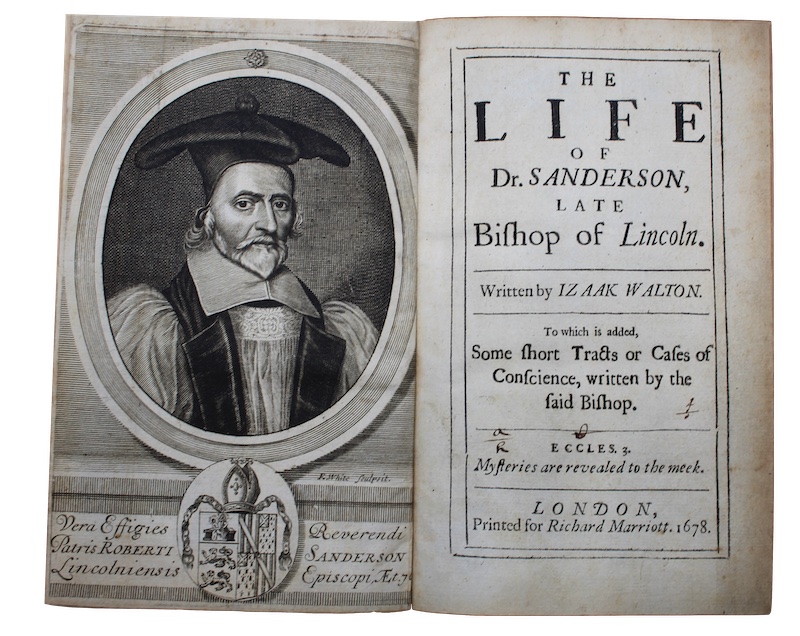 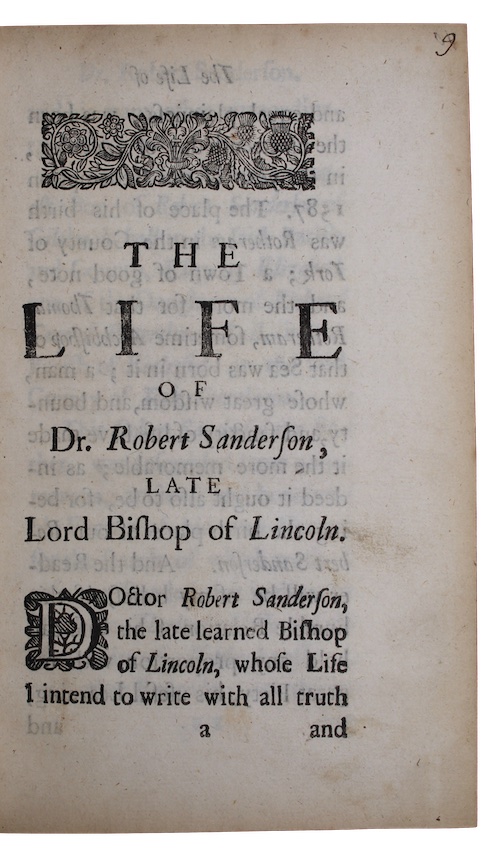 London. Printed for Richard Marriott, 1678. First edition.
Call us Email us
8vo. [240]; [2], 45, [3], 47-167, [15], 169-253, [3], 255-276pp. With an engraved portrait frontispiece. Later calf, stamped in gilt and blind, contrasting morocco lettering-piece, all edges red. Minor shelf-wear. Armorial bookplate to FEP of Robert Offley Ashburton Crewe-Milnes, marquess of Crewe (1858-1945), politician and sometime secretary of state to India, contemporary manuscript pagination to the majority of leaves, manuscript index of 'Names in the life of Bp Sanderson' to rear endpapers.
Robert Sanderson, (1587-1663), Bishop of Lincoln. Although ignored by Walton in this book, Sanderson was a doctrinal Calvinist, who shared many beliefs with the Puritans. Like many bishops of his age, he was involved in the English Civil War, in 1644 briefly taken prisoner by the Parliamentarians, and in 1646 he went to Oxford to take up the regius professorship of divinity to which the king had appointed him in on 1 July 1642. The following year he wrote most of the university's negative response to the Long Parliament's demand that its members take the covenant and accept the new religious order. Deprived of his professorship in June 1648, he was permitted by the House of Commons to attend the king on the Isle of Wight.
ESTC R8226, Wing W667.
£ 250.00 Antiquates Ref: 25699
This site uses cookies.Find out more.