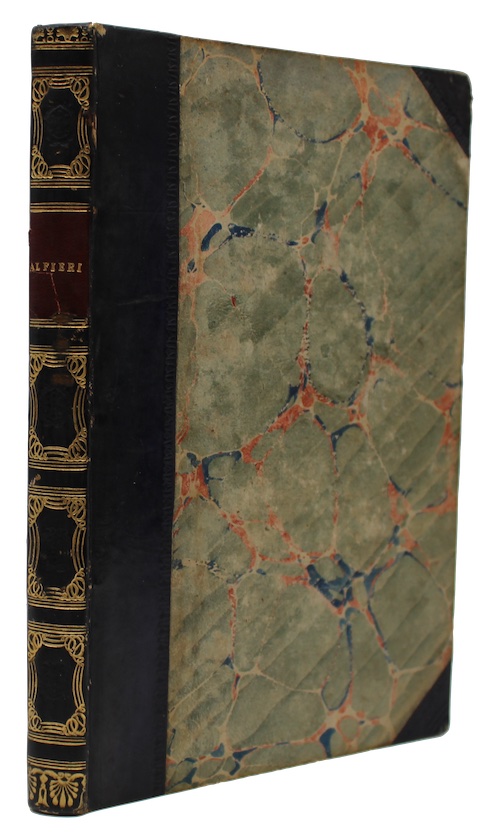 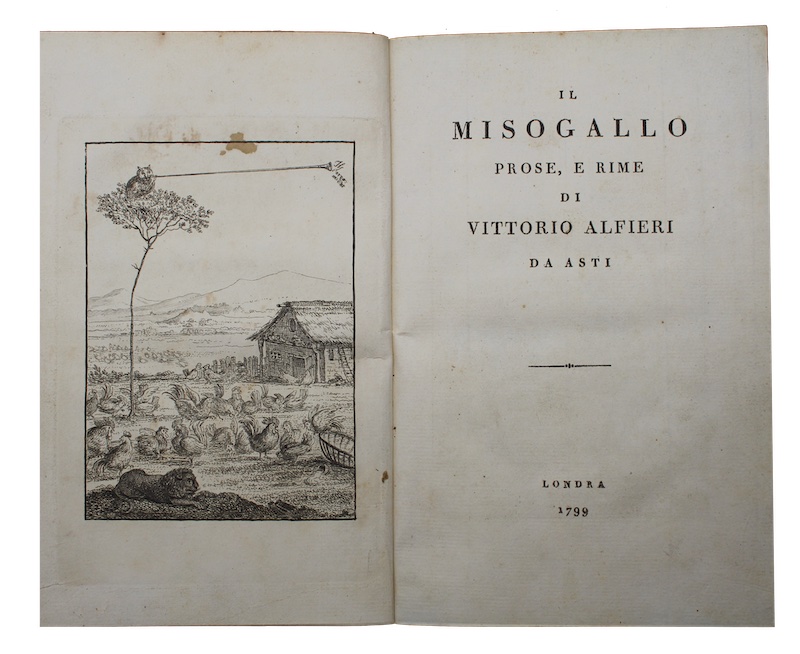 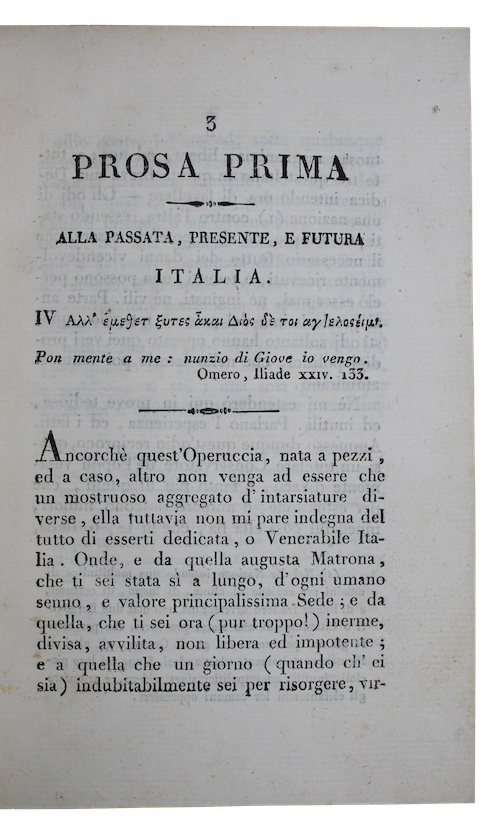 Londra. [s.n.], 1799. First edition.
Call us Email us
8vo. [8], 184pp. With an engraved frontispiece. Later gilt-tooled navy half-calf, marbled boards, contrasting red morocco lettering-piece. A trifle rubbed. Armorial bookplate of Thomas Gaisford to FEP
The first edition of Italian dramatist and poet Vittorio Alfieri's (1749-1803) popular prose and verse Gallophobic satire inspired by the events of the French Revolution between the insurrection of Paris in July 1789 and the French occupation of Rome in February 1798. The imprint is likely spurious, the work most probably having been printed in Italy; indeed, it has been suggested that the book was actually printed in 1814 (possibly at Florence) following the fall of Napoleon.

Four variant editions, only differing in pagination, appeared in 1799. All are scarce, with the present setting being no exception; ESTC records two copies in the British Isles (BL and Oxford), and three further worldwide (Berlin, Columbia, and Harvard).
ESTC T87871.
£ 100.00 Antiquates Ref: 25741
This site uses cookies.Find out more.